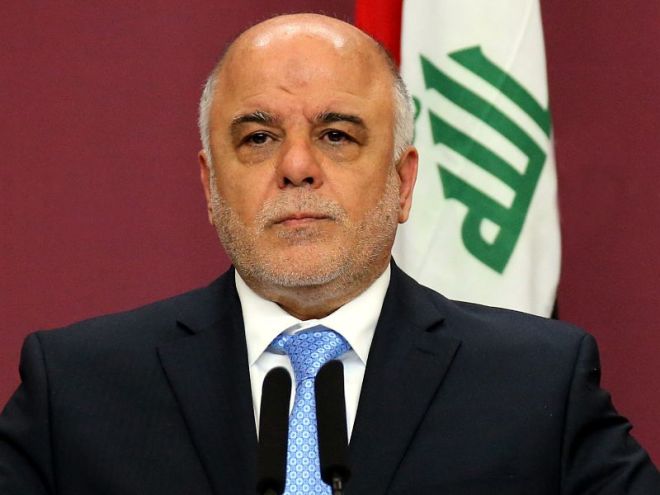 The administration of President Donald Trump has a greater desire to be more engaged in the fight against terrorism than its predecessor, Iraq's prime minister said Monday.

"I think they’re prepared to do more to fight terrorism, to be more engaged," Haider al-Abadi said at the United States Institute of Peace before cautioning the war on terror cannot be won solely with military action.

"There are better ways" to defeat Daesh than military might alone, Abadi said as Trump continues to surge forces in Syria.

"We have to be careful here," he said. "We are not talking about military confrontation [alone]. Committing troops is one thing, while fighting terrorism is another thing. You don't defeat terrorism by fighting it militarily.”

The comments came shortly after Abadi met Trump, Secretary of State Rex Tillerson and other senior officials at the White House during his first visit to Washington after the new American administration assumed office in January.

During the meeting, Trump voiced "great respect" for Abadi and the work Iraqi forces are doing in the anti-Daesh fight.

"It’s not an easy job. It’s a very tough job. Your soldiers are fighting hard,” the president said.

Speaking during the public event, Abadi said Baghdad has not only been assured of continued U.S. support in the fight but that it will accelerate under the new administration.

"I can sense a difference in terms of being head-to-head with terrorism," he said.

But he added that counter-terror efforts must include winning over the sympathies of the locals he is fighting to free. Part of that effort will include internal governmental reform, which Abadi said won't be "an easy task".

Asked if he had seen Trump's plan to defeat Daesh, Abadi said he has not, but knows that one exists.

"We have our own plan," he said. "The region must have a plan to wipe out terrorism, and we can do it.”

Trump has recently been presented a proposal by his top security officials to ramp up the anti-Daesh fight, but details have remained elusive as Trump prosecutes the campaign.