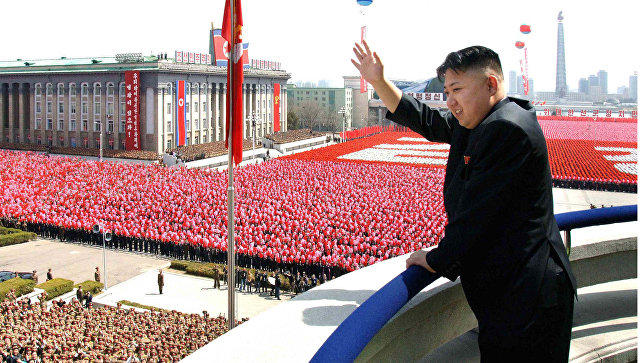 A North Korean ambassador said Tuesday that supreme leader Kim Jong-un can fire an intercontinental ballistic missile (ICBM) "at any time and at any place" he chooses.

The statement coincided with a failed missile launch Wednesday morning, as the country continues its weapons development activity despite United Nations sanctions.

Choe Myong Nam, deputy ambassador of the North Korean mission to the United Nations in Geneva, said that the sweeping sanctions suggested by US President Donald Trump would not hinder the North’s deployment of missiles and development of nuclear weapons.

Trump posted an indirect threat to Pyongyang on Twitter in December, writing, "The United States must greatly strengthen and expand its nuclear capability until such time as the world comes to its senses regarding nukes," and on Monday said that Kim Jong-un had been acting, "very, very badly."

US Pacific Command reported that the missile in Wednesday’s failed launch exploded "within seconds of launch," and South Korea's Ministry of Defense released a statement saying, "South Korea and the US are aware of the missile launch and to their knowledge North Korea's missile was not successfully launched."

The DPRK (Democratic People’s Republic of Korea) launched five missiles soon after Trump’s inauguration in January, with one landing in the Sea of Japan during Prime Minister Shinzo Abe’s visit with Trump in Florida.

In an interview with Reuters, Choe analyzed Washington’s behavior, saying, "I think this is stemming from the visit by [US Secretary of State Rex Tillerson] to Japan, South Korea and China…We of course are not afraid of any act like that."

Responding to threats of a preemptive strike from Washington, Kim said that his country was prepared to reduce the US “to ashes” if “even a single bullet” was fired towards North Korea.

The ambassador said that the communist nation was compelled to build a "pre-emptive first strike capability" due to trilateral military exercises with South Korea, Japan and the US in its neighborhood, and called current sanctions "heinous and inhumane."

Choe remarked, "In the light of such huge military forces involved in the joint military exercises, we have no other choice but to continue with our full acceleration of the nuclear programs and missile programs. It is because of these hostile activities on the part of the United States and South Korea." He added, "I can tell you for sure that the inter-continental ballistic rockets of the DPRK will be launched at any time and at any place as decided by our Supreme Leadership."