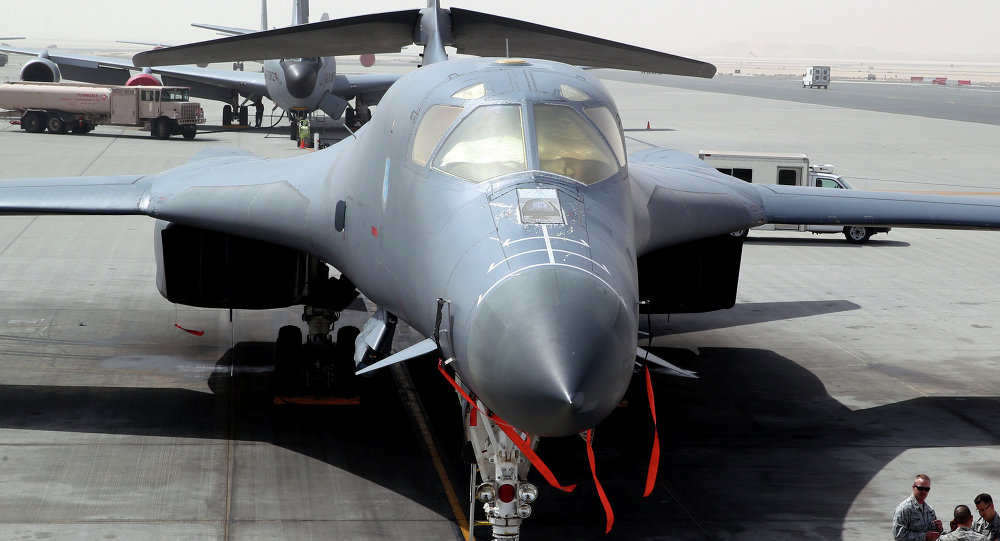 China’s People’s Liberation Army is not warmly embracing a US Air Force B-1 Bomber flying through international airspace over the East China Sea.

The PLA put the US on notice Wednesday after issuing a warning to the Pentagon for sending a military aircraft over the disputed East China Sea, a pair of US officials told Fox News. The East China Sea is bordered by Shanghai to the west, South Korea to the North, and Japan to the east. A US military official confirmed the presence of the B-1 near South Korea while corroborating the report that Chinese officials let the US Air Force know that Beijing was not pleased with the mission.

Two B-1s were supposed to embark on a patrol mission in the wake of North Korea’s most recent ballistic missile launch, which reportedly failed. Only one took off, since the other needed to undergo maintenance work, Fox reports. The US and South Korea have been conducting annual military drills, dubbed Foal Eagle, which could have been the reason for the B-1’s trip, as opposed to patrolling North Korea’s missile preparations.

The Chinese took to an emergency radio frequency called "guard" to communicate with the US air crews, Fox said. The PLA told US pilots that they were flying in Chinese airspace, which they said was illegal, according to a CNN report. The Fox report offered a different approach, stating that the Chinese said the bomber was in international airspace. The B-1 continued on its mission unphased, Fox said. The warplane was identified by China 70 nautical miles south from South Korea’s Jeju Island.

Meanwhile, Defense Secretary James Mattis, along with Joe Dunford, Chairman of the Joint Chiefs of Staff, will make an appearance on Capitol Hill Wednesday to discuss Trump’s proposed defense budget hike. United Nations analysts have noted that “more than military spending” alone is needed to cut out the root causes of terrorism, which could be done with greater investments into initiatives like peacebuilding, conflict resolution, and sustainable economic development. The US has spent between $4 to $6 trillion in the Middle East since the invasion of Iraq, according to researchers at the Harvard Kennedy School of Government. Washington appears eager to throw more money at the military despite nearly $20 trillion in outstanding debt obligations.