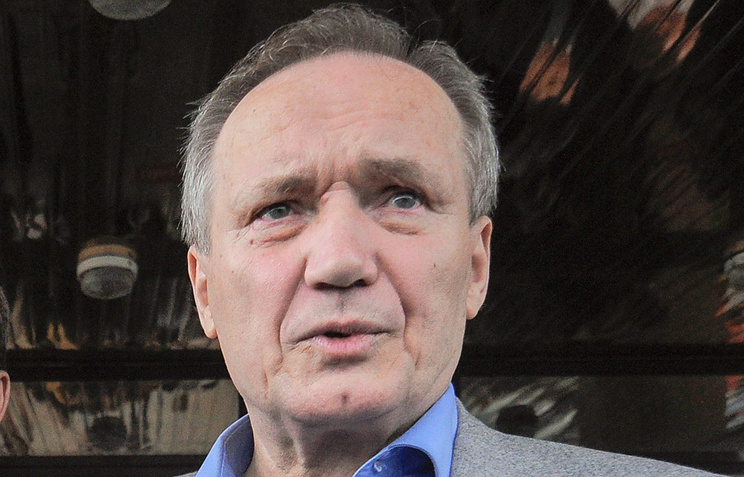 Belarusian opposition leader Vladimir Neklyayev, one of the organizers of the unauthorized protest planned to be held in capital Minsk on Saturday, has been detained by law enforcement agencies, Director of the BelaPAN news agency Ales Lipai wrote on Facebook.

"Belarusian poet and 2010 presidential candidate Vladimir Neklyayev was detained soon after one o’clock. The police seized him in Brest when he was returning home by train from Warsaw where he had participated in a discussion on the situation in Belarus," the journalist wrote.

Neklyayev is a member of the opposition union calling itself the Belarusian National Congress. Together with 2010 presidential nominee Nikolai Statkevich, Neklyayev earlier called for holding a "March of Angry Belarusians" in Minsk on March 25 to protest against the authorities’ social and economic policies. Statkevich’s whereabouts are unknown, so it is impossible to say if he would be able to take part in the protest.
The Minsk city administration had previously given permission to hold the event in the People’s Friendship Park but did not approve the format of the protest and the march route. At the same time, opposition representatives did not accept the city administration’s decision who later said that all mass events held on Saturday would be considered unlawful.

Security measures have been beefed up in Minsk, law enforcement officers carrying machine guns have appeared on the city streets for the first time in many years. Belarusian President Alexander Lukashenko earlier mentioned some "militants plotting an armed provocation." After that, several members of the White Legion organization, not registered with the country’s Justice Ministry, were arrested. A total of 26 people were seized on suspicion of preparing mass riots, 29 locations were searched.

Since February 17, rallies have been taking place across Belarus in protest against the presidential law "on social parasites" singed a year ago. The law stipulated that all those who work less than 183 days a year should pay a levy of about $200 to assist in funding welfare programs.