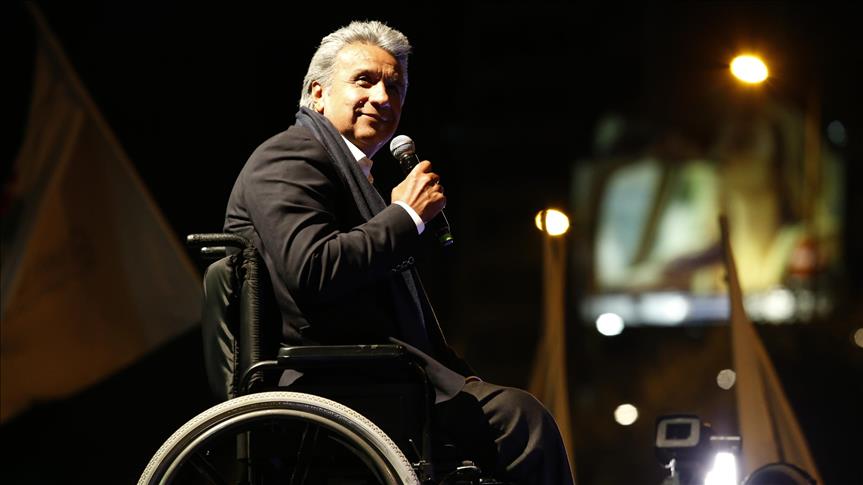 Ecuador on Sunday elected Lenin Moreno as the country’s new president, according to the CNE electoral agency.

With 94 percent of the ballots counted, the leftist government candidate managed 51 percent of the vote while former banker Guillermo Lasso had just shy of 49 percent.

“Thanks to the millions of Ecuadorians who supported us. Today democracy won, today Ecuador won,” Moreno wrote on Twitter.

Approximately 13 million Ecuadorians went to the polls to choose the successor to President Rafael Correa who has been in power since 2006.

“Great news for the country: the revolution triumphed again in Ecuador. The right defeated, despite their millions [of dollars] and their media,” Correa tweeted in celebration of the victory.

Moreno won the support of Ecuadorians who hope social services will be extended along with public infrastructures projects launched by the current administration.

The 63-year-old former vice president and UN special envoy on disability who lost the use of his legs two decades ago after being shot, campaigned on a promise of benefits for the disabled, single mothers and the elderly.

He has also promised to improve Correa´s social programs and to bring together opposing sides of the country by having a less confrontational style than his predecessor.

His first task might be to quell tensions following the election after Lasso urged his supports to contest the results.

“Let´s act peacefully but firmly,” he tweeted. “We have to go to the streets to say: don´t steal my vote, because we want a change in Ecuador,” he added.

Moreno will be sworn in May 24.