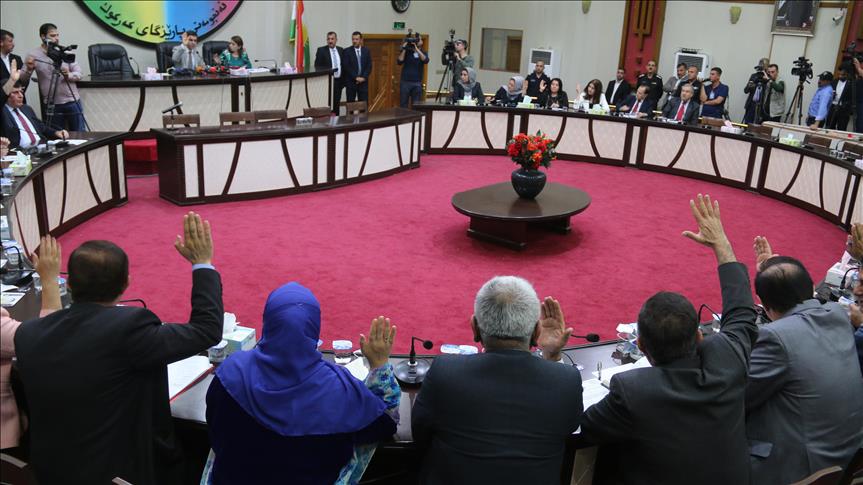 The Kirkuk Provincial Council on Tuesday decided to hold a referendum on the city’s future.

In a session boycotted by Arab and Turkmen members, the council’s members overwhelmingly voted to conduct the referendum on uniting the city with northern Iraq’s Kurdistan region.

“We have decided to hold the referendum in order to end the controversial territory status of Kirkuk,” council chairman Rebwar Fayq Talabani told a press conference.

"We are sending our referendum request to the Iraqi Central Government,” he said. “The people of Kirkuk are exhausted."

While Baghdad says Kirkuk is administratively dependent on Iraq’s central government, the Patriotic Union of Kurdistan -- an influential political party in the region -- wants to see the city incorporated into northern Iraq’s semi-autonomous Kurdish region.

Last week, 26 Kurdish members of Kirkuk’s provincial assembly voted in favor of raising the flag of the Kurdistan Regional Government (KRG) alongside Iraq’s national flag outside the city’s public buildings and institutions.

But on Saturday, the Iraqi parliament rejected the decision and voted in favor of flying only the Iraqi flag on Kirkuk's buildings.

Kirkuk governor Najmiddin Karim, however, refused to apply the parliament’s decision to pull down the KRG flag.

Talabani said the decision by the Iraqi parliament to fly only the Iraqi flag on Kirkuk’s buildings will not be recognized.

During the 2003 U.S.-led invasion of Iraq, Kurdish Peshmerga forces have seized Kirkuk, prompting an influx of Kurds into the city.