Russia to blame for 'every civilian death' in Syria 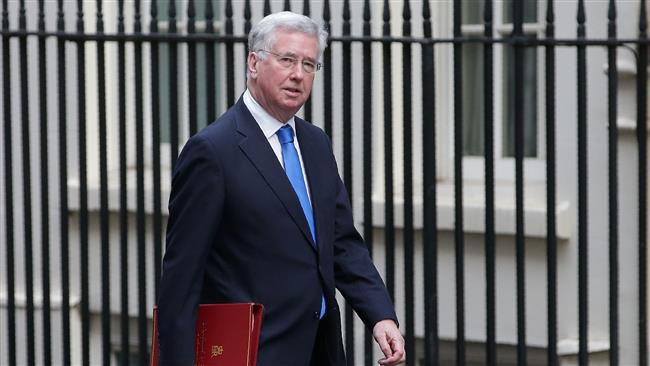 British Defense Secretary Michael Fallon has accused Russia of being complicit in the ongoing bloodshed in Syria, saying Moscow is to blame for “every civilian death” in a recent suspected chemical attack in the Arab country.

Axar.az reports that Moscow is responsible “by proxy” for the deaths of civilians as the “principle backer” of the Syrian government, Fallon told British Media.

Fallon further accused Russia of not doing enough to stop the conflict that has been raging on since 2011.

“Someone who uses barrel bombs and chemicals to kill his own people simply cannot be the future leader of Syria,” he said of President Bashar al-Assad.

The defense secretary also voiced his support for the US missile strikes that hit an airbase and surrounding villages in the western province of Homs in the early hours of Friday.

On President Donald Trump’s personal order, the US military launched 59 cruise missiles on al-Shayrat airfield in Homs. Trump said the attack was in response to “the Syrian government’s recent chemical attack in Idlib province.”

“By sending Tomahawk missiles to attack the airfield, aeroplane and equipment believed to be involved, it (the US) has sent a strong signal to the Syrian regime to think twice before using gas in the future,” Fallon said.

The remarks came as British Foreign Secretary Boris Johnson cancelled a trip to Russia citing a fundamental change to the situation in Syria.