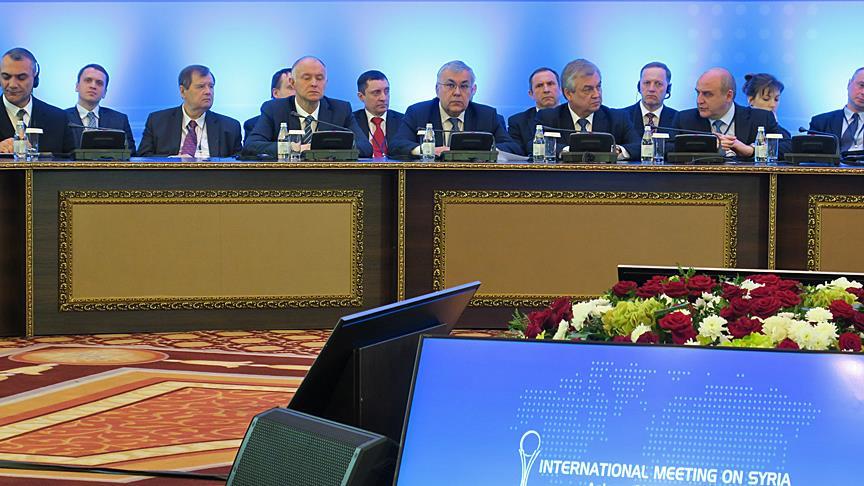 The first day of Syria talks in the Kazakh capital ended Wednesday without a breakthrough between the Syrian regime and opposition delegates, who withdrew from the talks citing Russian airstrikes on civilians.

Axar.az reports citing to Anadolu Agency UN's special envoy for Syria, Staffan de Mistura, told reporters that the organization was very concerned over "the reports of escalation in Syria, including, allegedly, reports of air strikes".

The envoy said the proposals to de-escalate the conflict were under "very serious discussion" in the Astana talks.

"We are calling, therefore, for the immediate investigation and for immediate institution of measures to ensure that now no strikes are taking place and are halted," de Mistura said, urging all delegations to "press ahead tomorrow with de-escalation discussions and confidence-building measures".

Asked if the opposition would return to the talks, Mistura said there were “some incidents produced by one side or the other,” but the important thing was “to make sure that those incidents stop but also do not kill the opportunity for good news related to that”.