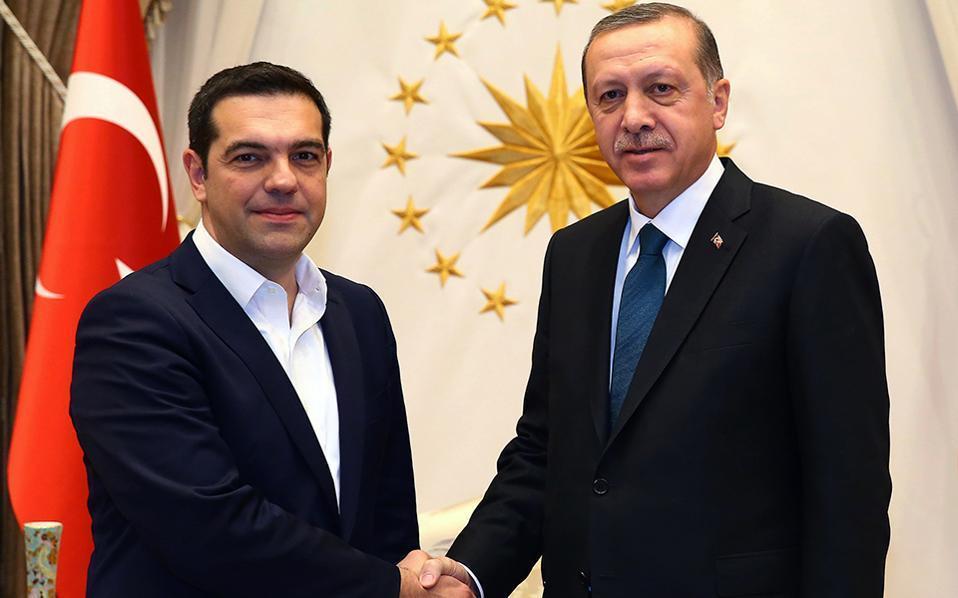 The Greek Prime Minister Alexis Tsipras promoted an agenda of positive relations between Greece and Turkey during his meeting with the Turkish President Recep Tayyip Erdogan this morning in Beijing.

According to some sources, the Turkish president expressed the wish to fully implement the Lausanne Treaty.

The meeting lasted for an hour and ten minutes, during which the two men discussed the Greek-Turkish relations, the Cyprus issue, the European course of Turkey, for which Mr. Tsipras said that Greece supports it, the immigration and the issue the Visas for the Turkish citizens visiting countries of the European Union.

The meeting was held on the sidelines of the Belt and Road Forum for International Cooperation organized by the Chinese government.

The Prime Minister posted in his twitter account a photo of his handshake with the President of Turkey.