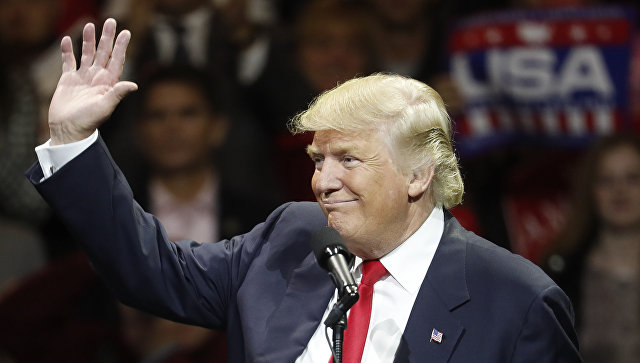 US President Donald Trump arrived in the Saudi Arabian capital of Riyadh Saturday morning, marking the kick-off of his first foreign trip as president.

The trip marks the first time a U.S. president has made Saudi Arabia, a Muslim-majority country, his first stop. Typically, Canada has been the first foreign country a president visits.

After Saudi Arabia, the commander in chief will travel to Israel, Italy, Vatican City and Belgium. During the trip, Trump will meet with King Salman of Saudi Arabia, Israeli Prime Minister Benjamin Netanyahu, Palestinian President Mahmoud Abbas, Pope Francis, Italian President Sergio Mattarella, King Philippe of Belgium and the leaders of the G7 countries, among others.

The president will take part in bilateral meetings with the Saudi royal leadership while in the kingdom.

The Trumps will join the Saudi royal family for an official dinner Saturday night.

On Sunday, Trump will deliver a speech at the Arab-Islamic-American Summit on U.S. relations with the Muslim world and the global effort to confront religious extremism and promote moderation. He will help inaugurate a "Global Center for Combating Extremist Ideology."

The president will also attend meetings with the Gulf Cooperation Council members.