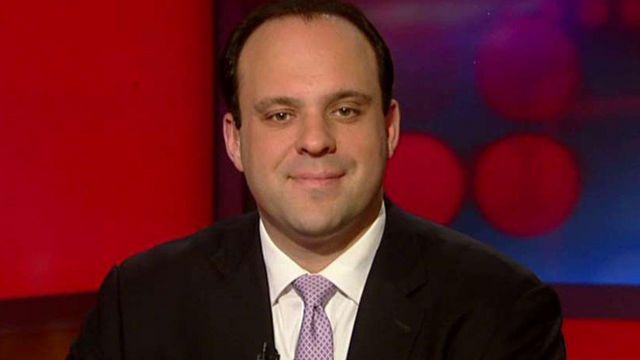 The Congressional investigation of Russia’s interference in the 2016 presidential election continues to grow, as yet another Trump associate, Boris Epshteyn, has acknowledged that he has received a request for information from lawmakers.

Epshteyn, a Trump campaign adviser who briefly served in the White House communications office, confirmed to ABC News that he has received a request for information and testimony from the House Intelligence Committee. His lawyer provided a brief statement to ABC News.

"Like many others, Mr. Epshteyn has received a broad, preliminary request for information from the House Intelligence Committee. This is a voluntary request. Mr. Epshteyn has not been subpoenaed nor do we anticipate that he will be. We have reached out to the Committee wth several follow up questions and we are awaiting their response in order to better understand what information they are seeking and whether Mr. Epshteyn is able to reasonably provide it."

The Trump associate, 34, most recently served as the special assistant to the president in charge of surrogate operations before leaving his post in March.

The White House offered no explanation for his abrupt departure. Although a senior Trump administration official initially told ABC News that they were “exploring opportunities within the administration” for Epshteyn, he has since joined the conservative-leaning Sinclair Broadcasting as a political analyst.

Epshteyn grew up in Moscow and met Trump’s son Eric at Georgetown University, where he received his law degree. Following the campaign, he served as senior adviser to the Trump-Pence transition team and director of communications for the Presidential Inaugural Committee before joining the White House press office.

A frequent on-air guest during the campaign, he became well-known for combative television appearances and friction with reporters behind the scenes.

In a recent interview with Bill Maher, Epshteyn sparred with the progressive political commentator about whether Russia meddled in the election.

“You would have to ask Russia if they tried to meddle … Whether there was an attempt at meddling, again, how would I know?” Epshteyn said. “Again, if you have a problem with how the president is handling his foreign policy, you can speak at the ballot box in three and a half years.”

Epshteyn appears to be the sixth Trump associate whose activities are being examined in the rapidly widening Congressional investigation.

Gen. Michael Flynn, who served briefly as Trump’s National Security Adviser, is the only person of interest to receive a subpoena for records. Flynn has declined to provide them, citing his Fifth Amendment rights.

Former Trump campaign chairman Paul Manafort, informal advisor Roger Stone, and former foreign policy adviser Carter Page have also been asked by lawmakers to voluntarily hand over relevant records. All three have said that they are cooperating with the investigation.

ABC News reported on Tuesday that Michael Cohen, Trump’s personal attorney, has also been asked “to provide information and testimony” about his contacts with Russian officials. Cohen told ABC News he “declined to participate” because “the request was poorly phrased, overly broad and not capable of being answered,” but denied that he has any links to Russia.

Jared Kushner, Trump’s son-in-law, could also be asked to testify. In an interview with ABC News’ Martha Raddatz, Rep. Adam Schiff (D-Calif.), the House Intelligence Committee's top Democrat, has called for a review of Kushner’s security clearance following reports that he sought to establish a “backchannel” with Russian officials.