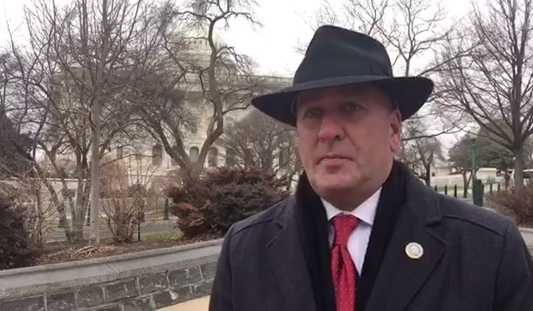 Louisiana Congressman Clay Higgins on Sunday posted a hateful Facebook message calling on "all of Christendom" to killed every "radicalized Islamic suspect".

"The free world... all of Christendom... is at war with Islamic horror," Higgins wrote on the popular social media platform.

"Not one penny of American treasure should be granted to any nation who harbors these heathen animals," the message said, using a derogatory religious reference.

"Not a single radicalized Islamic suspect should be granted any measure of quarter," Higgins said.

"Hunt them, identify them, and kill them. Kill them all. For the sake of all that is good and righteous. Kill them all," the message concluded.

Higgins won a House of Representatives seat last December as a tough-talking outsider who promoted himself through online presence and merchandise.

He worked previously as a police officer -- a position he resigned in 2007 after mounting allegations of excessive use of force -- and captain at a sheriff's office.

Islamophobic acts and rhetoric in the United States have escalated over the last two years, coinciding with the presidential campaign and election of Donald Trump.

Rights group Southern Poverty Law Center said earlier this year that it found "a dramatic jump in hate violence and incidents of harassment and intimidation around the country" in the wake of President Trump's Nov. 8 electoral victory.