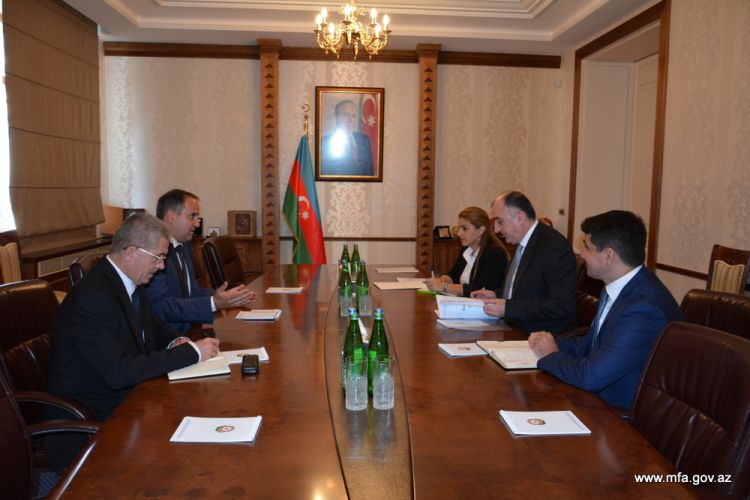 During the meeting ambassador Viktor Szederkeny presented a copy of his credentials to Foreign Minister Elmar Mammadyarov.

Ambassador Viktor Szederkeny noted that Hungary is keen on development of cooperation with Azerbaijan in energy, transport, tourism, cultural and in other fields and mentioned that he would spare no efforts on further enhancement of bilateral relations during his diplomatic mission.