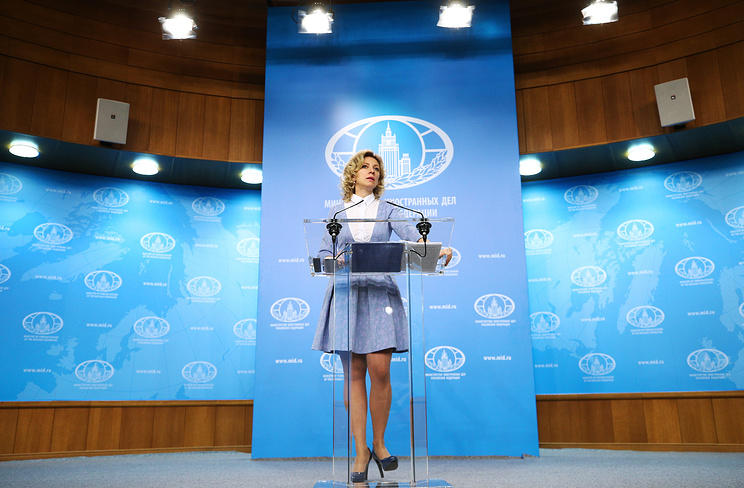 "Frankly speaking, we were surprised, to put it mildly. To tell the truth, we were shocked by the fact that, despite numerous explanations provided by the Foreign Ministry, and prior to that, we kept saying over the past few months that we would have to take tit-for-tat steps in the event of aggressive moves against Russian media," Zakharova stressed.

"Despite the fact that that we provided this information, we spoke, there were hearings and public debates on that score, all branches of power, civil society members clearly outlined Russia’s stance on the issue, yesterday, we began receiving queries, in particular, from the diplomatic corps accredited in Moscow, who asked, ‘What’s happening?’ ‘What shall we do?’ 'How will our [media representing other countries] be functioning?" "Colleagues, where have you all been? Too late!" she added.

"That’s a very strange position," the diplomat noted. "Let me say once again that we have a website in several languages, including German, excuse me for this subtle hint. Therefore, all this information is accessible and has been made public. We provided interviews on the issue practically twice a day." "What’s so amazing about this move?" Zakharova questioned.

"We said that, if attacks against Russian television channels, even as far as closure threats, continue, retaliatory measures will be taken, and that’s what we did."

"It is very strange that some countries’ official representatives now look baffled and voice concern," the diplomat went on to say.

"To begin with, they could have expressed this concern before the relevant amendments were passed. We were ready and open to consultations. Moreover, the issue was taken up during the consultations, which we held with our foreign counterparts. It was also raised regularly during Sergey Lavrov’s talks with his foreign counterparts. More than enough has been said on this score.