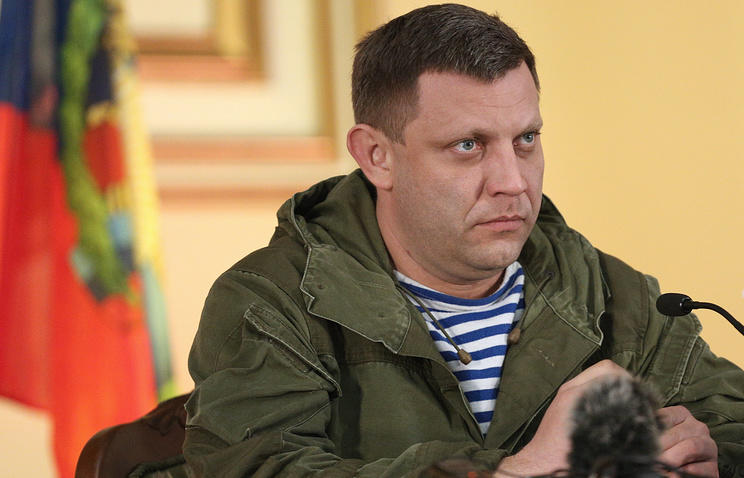 According to the DPR envoy, the Kiev government is currently trying to create excuses for disrupting the swap.

Axar.az The self-proclaimed Donetsk People’s Republic (DPR) in eastern Ukraine expects to hold a prisoner swap with Kiev by the end of the year, the DPR’s envoy to the Contact Group on Ukrainian reconciliation said on Thursday.

Denis Pushilin said in a Rossiya-24 TV channel broadcast that the prisoner swap in the all-for-all format has received support at all levels of talks, including from the Normandy Format (Ukraine, Russia, Germany, and France) and from Ukrainian President Pyotr Poroshenko.

However, according to the DPR envoy, the Kiev government is currently trying to create excuses for disrupting the swap. Pushilin said that currently charges laid against political prisoners are being changed to more serious ones, which will make their swap impossible.

"Prior to that, Ukraine swapped even prisoners [charged] with serious crimes. It was not a problem for them, and it did not violate the Ukrainian legislation. This time, Ukraine tries to delay it for as long as possible," Pushilin said.

"If the Russian president plays an active role, it may give the situation a boost, and, possibly, we will carry out a major swap by the end of the year," he added.

On Wednesday, Vladimir Putin held a meeting with Viktor Medvedchuk, the leader of the Ukrainian Choice social movement and Kiev’s representative to the humanitarian subgroup of the Contact Group on resolving the situation in eastern Ukraine, who asked the Russian leader to support his initiative concerning the prisoner swap. According to Medvedchuk, "Ukraine is ready to release 306 people and expects Donetsk and Lugansk to release 74 people, it could be done before the holiday season starts."

Later on, Wednesday Peskov said Putin had talked with the leaders of the Donetsk and Lugansk republics Aleksandr Zakharchenko and Igor Plotnitsky by telephone. Both supported the idea in general.

The Security Service of Ukraine (SBU) later said it was ready for a prisoner swap, including under the "all-for-all" formula.