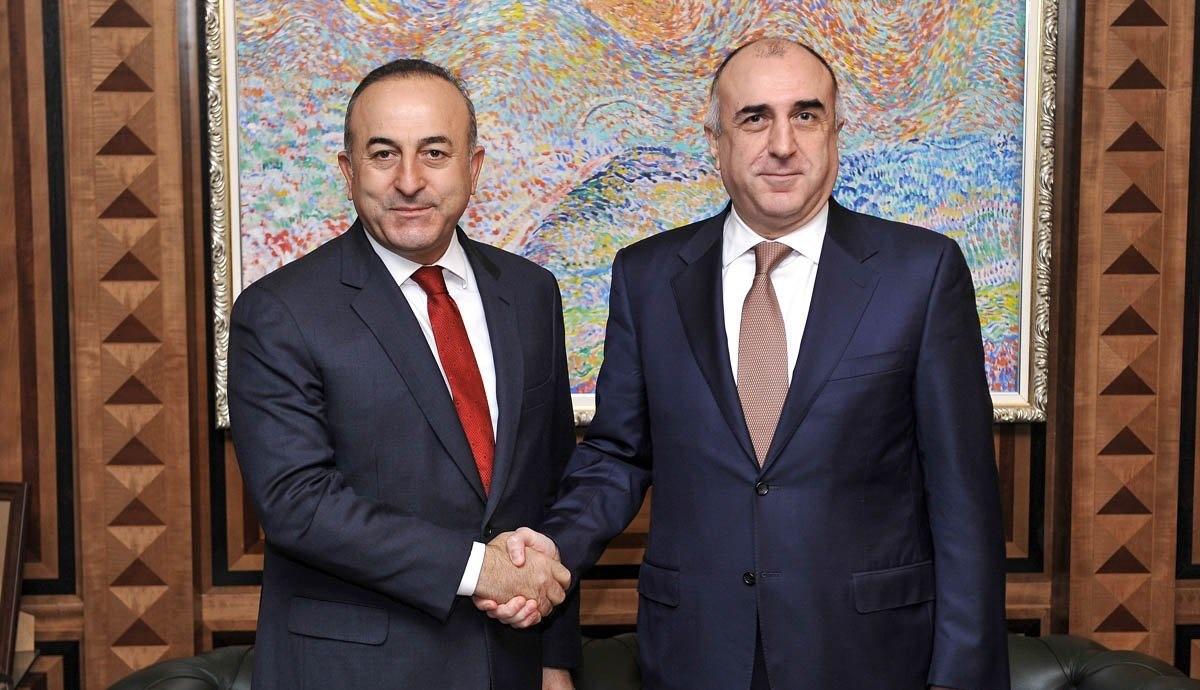 A bilateral meeting between Azerbaijani Foreign Minister Elmar Mammadyarov and his Turkish counterpart was held on Nov.30 in Baku.

Axar.az reports that the meeting took place within the framework of the trilateral meeting of the Azerbaijani, Turkish and Pakistani foreign ministers.

The meeting will be followed by the trilateral meeting, then a press conference.

Elmar Mammadyarov met with Turkish counterpart Mevlut Cavusoglu within the framework of the First Trilateral Meeting of Ministers of Foreign Affairs of the Republic Azerbaijan, Republic of Turkey and the Islamic Republic of Pakistan.

Ministers expressed their satisfaction with the high level of development of cooperation between the two brotherly countries in all fields and in various formats, as well as the strategic nature of political relations.
Furthermore, ministers stressed the importance of high level visits by the Heads of State, particularly the participation of the President of the Republic of Azerbaijan Ilham Aliyev, as special guest at the IX Summit of the Economic Cooperation Organization (D-8) in Istanbul on October 20, 2017 which was followed by the visit of the President of the Republic of Turkey, Recep Tayyip Erdogan to Azerbaijan to attend the opening ceremony of the Baku-Tbilisi-Kars Railway.

At the meeting, the results of the Sixth Meeting of the Azerbaijan-Turkey High Level Strategic Cooperation Council, which was recently held in Baku with the participation of the Presidents of both countries, were commended and views were exchanged on the issues on the agenda.

Ministers stressed the importance of the West-East transport Corridor and expressed confidence that the launch of the Baku-Tbilisi-Kars railway will make a significant contribution to the development of the region and cooperation among the countries. It was noted that the project will provide ample opportunities for growing of trade turnover and people to people contacts.

Ministers emphasized the importance of the Heart of Asia- Istanbul Process and the 7th Ministerial Conference in the framework of the Process hosted by Azerbaijan.

Referring to Armenia-Azerbaijan Nagorno-Karabakh conflict, Mammadyarov said that contrary to the demands of the UN Security Council resolutions, presence of troops of Armenia in the occupied territories of Azerbaijan continues to pose a serious threat to the whole region and informed his counterpart on the current status of negotiation process on the settlement of the conflict.

They exchanged views on regional and international issues of common interest.