Trump may visit UK despite Twitter spat, US envoy says 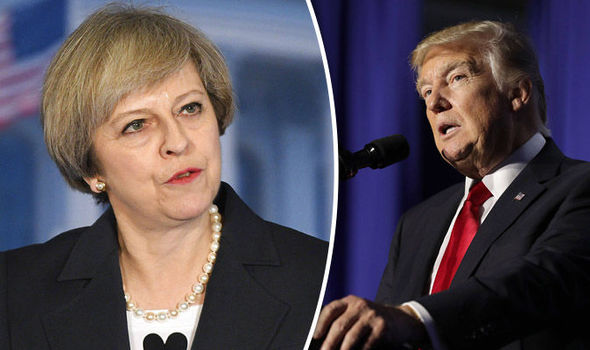 U.S. President Donald Trump will visit the U.K. next year despite a recent online row with Prime Minister Theresa May, the U.S. ambassador to London said Tuesday.

“Absolutely, I think he will come,” Woody Johnson told BBC Radio 4. “It hasn't been officially announced, but I hope he does.”

Trump’s retweeting last month of three anti-Muslim videos taken from the Twitter feed of a member of the far-right Britain First group caused outrage in the U.K. and led to senior politicians speaking out against any visit.

However, Johnson said the disagreement had been “probably misinterpreted”.

On Nov. 29, Trump posted the videos from Jayda Fransen, who was convicted of religiously aggravated harassment last year after abusing a woman wearing a hijab.

May described Trump’s re-tweets as “wrong”, which led to Trump telling her to “focus on the destructive Radical Islamic Terrorism” in Britain.

Before the dispute, the government had said Trump had been invited to the U.K. and had accepted.

It refused to cancel the trip despite widespread condemnation, including from London Mayor Sadiq Khan, who said Trump had promoted a “vile, extremist group that exists solely to sow division and hatred in our country.”

He added: “He understands the special relationship and while there may be disagreements about the way he says something or how he does something, you can rest assured security and prosperity are very important.”

Trump is expected to attend the opening of the new U.S. embassy in Battersea, southwest London, but no date has been set.