Canada, France to push Trump on tariffs at G7 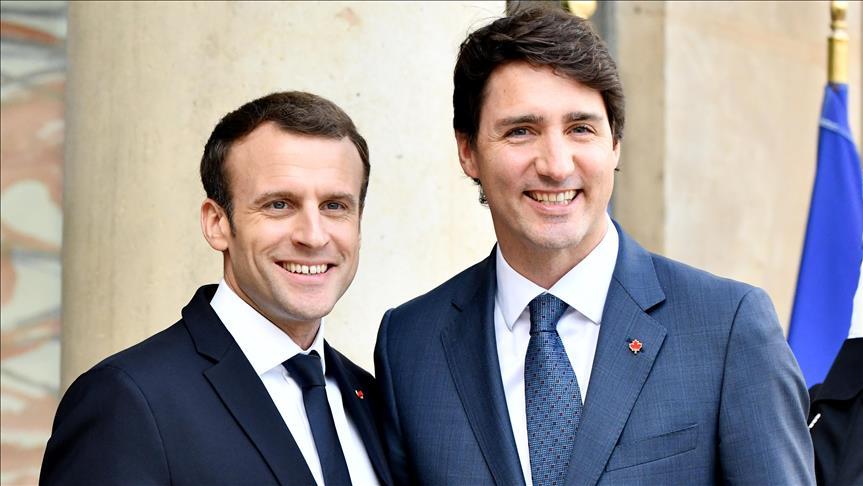 The leaders of Canada and France announced Thursday that when the G7 begins in Quebec on Friday, both will tell U.S. President Donald Trump in firm language that his trade tariffs will harm America.

Canadian Prime Minister Justin Trudeau and French President Emmanuel Macron, who is already in Canada for the start of the two-day Group of Seven Summit, also said they stand in “solidarity” with Trump’s attempts to denuclearize North Korea.

But the two leaders said at a joint press conference in Ottawa Thursday that their opposition to tariffs stands firm.

“American jobs are on the line because of his actions and because of his administration,” Trudeau said. “When we can underscore this, and we see that there’s a lot of pressure within the U.S., perhaps he will revise his position.”

“A trade war doesn’t spare anyone,” he said. “It will start to hurt American workers, the cost of raw materials will rise and industry will become less competitive.”

Other countries suffered from the tariffs earlier, and the leaders of G7 countries Japan, Canada, France, Germany, the UK and Italy have indicated they are not happy about the tariffs and will also tell Trump of their concerns.

The two-day summit will take place in Quebec, Canada’s Charlevoix region in the quiet town of La Malbaie, with a population of 8,000.

It will be Trump’s first visit to Canada as president.