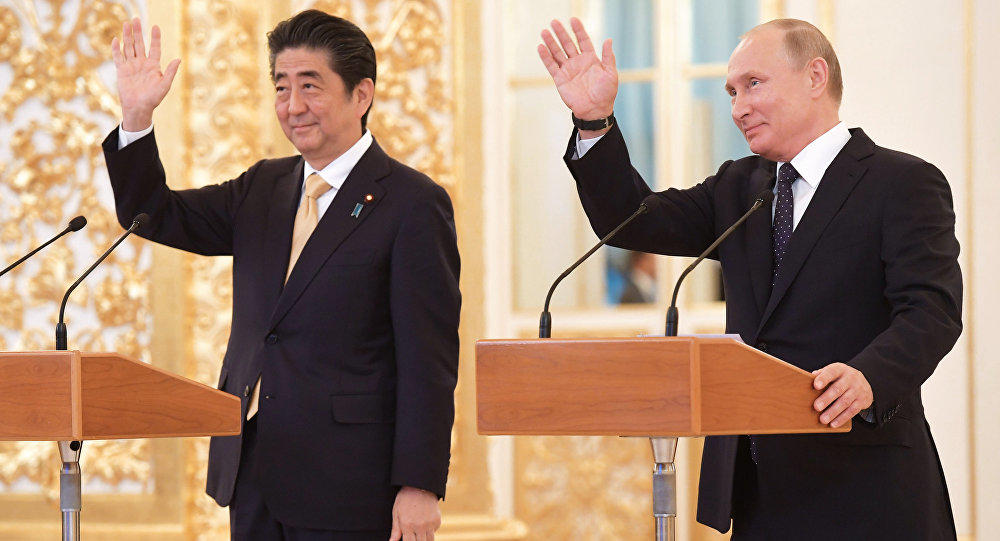 The Japanese government views the creation of a new mechanism to solve the problem of a peace treaty between Japan and Russia agreed on by Prime Minister Shinzo Abe and President Vladimir Putin in a positive light, Chief Cabinet Secretary Yoshihide Suga told reporters at a news conference on Monday.

"This is a significant [event] aimed at speeding up the negotiation process," he said, stressing that the two leaders kept the talks on a peace treaty under their personal control.

On Saturday, Russian President Vladimir Putin said following talks on the sidelines of the G20 summit in Buenos Aires that an agreement had been reached with Japanese Prime Minister Shinzo Abe on a new mechanism for resolving the peace treaty issue. According to the Russian president, the two countries’ leaders will appoint special envoys, while the top diplomats will oversee that work.

The press service of the Japanese Foreign Ministry informed TASS on Monday that Russian Deputy Foreign Minister Igor Morgulov and his Japanese counterpart Takeo Mori had become the two leaders’ envoys at the talks on a peace treaty.

At the meeting in Singapore on November 14, Putin and Abe agreed to intensify Russian-Japanese talks on concluding a peace treaty based on the Joint Declaration signed on October 19, 1956, on ceasing the state of war. The two countries resumed diplomatic and consular relations, but no peace treaty has been signed so far.

Under Article 9 of the declaration, the Soviet Union agreed to hand over Shikotan and Habomai as a gesture of good will after the peace treaty is ultimately signed. The declaration was ratified by the two countries’ parliaments in December 1956.

However, in response to Japan’s signing a security treaty with the United States in 1960, the Soviet Union revoked its liabilities concerning the transfer of the islands. The Soviet government said back then that the islands would be handed over to Japan only when all foreign forces were withdrawn from its territory.