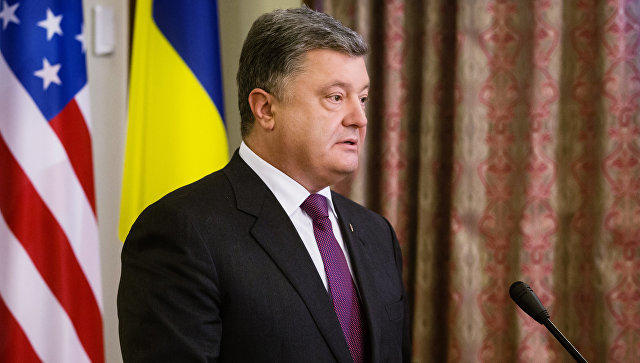 Ukraine’s President Pyotr Poroshenko has filed documents with the Central Election Commission (CEC) to be registered as a presidential candidate, his press secretary Svyatoslav Tsegolko said on his Facebook account on Sunday, the last day when the CEC receives registration documents.

Poroshenko announced his plans to run for another office term as an independent on January 29.

As of Sunday evening, seventy-four people have used a possibility to be registered as presidential candidates. The Central Election Commission has approved 28 applications. Twenty-two applications were turned down on various grounds. Among those registered as presidential candidates are showman Vladimir Zelensky, leader of the Batkivshchina party Yulia Timoshenko, leader of the Civil Position party Anatoly Gritsenko, and a co-founder of the Opposition Platform For Life party Yuri Boiko.

Next presidential elections in Ukraine are scheduled for March 31.

According to the latest opinion polls, the presidential rating is topped by showman Vladimir Zelensky. He is followed by Batkivshchina leader Yulia Timoshenko and incumbent President Pyotr Poroshenko.