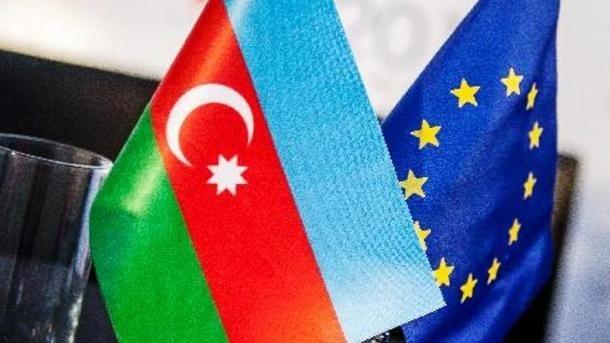 Mammadyarov made the remarks at the Eastern Partnership (EaP) Foreign Ministers’ meeting in Brussels on May 13.

“EU is still the main trade partner of Azerbaijan, taking approximately 42 percent share of our foreign trade turnover,” he said. “The EU is also the biggest investor in Azerbaijan. I am proud to say that a traditional joint EU-Azerbaijan Business Forum attracts many representatives of EU’s various industries and services sector. The next business forum will be held in Baku on June 13, 2019. I believe that various companies from some, if not many, countries of the EU will represent Europe’s industry and its business objectives in Azerbaijan.”

“The last Eastern Partnership Summit in Brussels in 2017 suggested that cooperation within EaP should be based on realistic considerations of various challenges in the region,” the minister said. “Focus must be made on the benefits and potential value-added for countries, which have different degrees of political and trade cooperation with the EU. Last Summit endorsed “20 Deliverables for 2020” document with concrete objectives to achieve.”

“We believe that once implemented, those deliverables will have a potential to bring a greater degree of resilience, prosperity, development and connectivity to our region,” he added. “But the discussions on “20 Deliverables for 2020” must take place as in between equal partners. Success of that process will depend on tangible results. Some of those goals are also in line with Azerbaijan’s strategic roadmaps on key sectors.”

“Institutional and structural reforms are being continued in order to ensure a sustainable economic development and socio-economic growth in Azerbaijan,” Mammadyarov added. “As the result of reforms carried out and the improved business climate, Azerbaijan ranks 25th in the world, according to the latest 'Doing Business Report' published by the World Bank. Also, according to the assessment of Davos World Economic Forum, Azerbaijan is ranked 34th with respect to the quality of growth.”

“The Azerbaijani government continues to carry out large-scale programs to ensure that our citizens fully enjoy all human rights and fundamental freedoms,” he said. “In this regard, it is necessary to highlight the recently adopted State Program on the Development of Justice in 2019-2023, which aims at further legislative and structural measures to improve performance of judiciary.”

“In the field of transport, the extension of the indicative maps of the Trans-European Networks to Azerbaijan and further to Asia can provide a solid platform to promote regional trade corridors together,” the minister said. “In fact, port and rail administrations, as well as some private logistics companies from Georgia, Ukraine, Poland, Romania, Austria, and Germany are already there with Azerbaijan in some regional trade corridors. That list continues to grow.”

“Many from Europe are interested to partner with Azerbaijan in this strategic trade area,” he said. “Azerbaijan shares own opportunities and infrastructure with neighbors and the countries in Asia and Europe. East-West, North-South and some synergies are possible here as well, especially if we take note of EU’s various cooperation strategies with some Asian countries. Azerbaijan goes beyond its land borders to create more trade dynamic across the wider region, and is doing so despite being a land-locked country. Therefore, we have established credible partnerships with the ports in the Netherlands, Belgium, Italy, and Romania, just to name a few.”

“Trans-Adriatic Pipeline (TAP) is in the very final stage of construction,” Mammadyarov added.