Kremlin aide says Putin and Pompeo did not discuss Ukraine 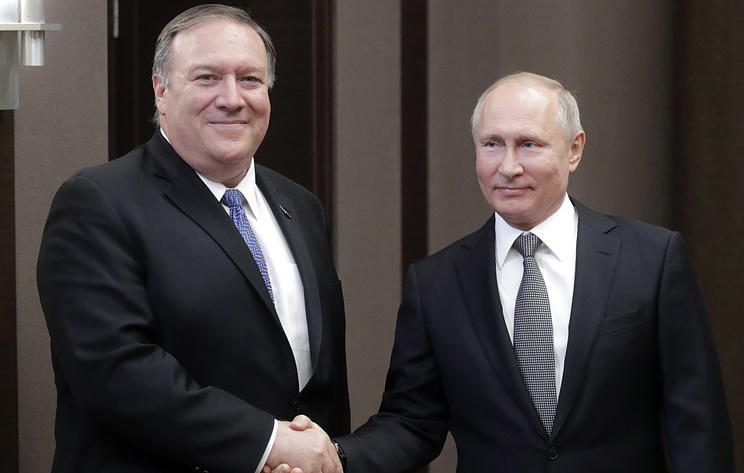 "I have listed all regional issues that were discussed by the [Russian] president and the [US] secretary of state. Ukraine was not on the list, so that's why I didn't mention it," Ushakov said. "[This issue] was not discussed at all."

Russia and the US are exchanging information on the settlement of the Ukrainian conflict. Still, US President Donald Trump used the violation of the Russian state border by Ukraine’s sailors in November last year, after which they were detained by Russian border guards, as a pretext for cancelling the planned meeting with Putin at the G20 summit in Argentina at the last minute. The Ukrainian issue was discussed earlier on Tuesday at the negotiations between Pompeo and Lavrov.