US delegation arrives to set up a Kurdish buffer zone 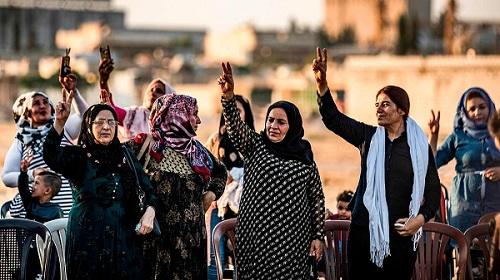 Turkey has suggested it will act militarily if the United States fails to agree on a solution that will safeguard the border.

Axar.az reports citing AFP that a delegation from the United States arrived in Turkey this week to begin working with Ankara on creating a buffer zone in northern Syria, under a plan strongly rejected by Damascus.

Turkish and US officials struck a deal last week to establish the safe zone to manage tensions between Turkey and US-backed Kurdish forces in war-torn Syria.

There has been cautious progress on the centre despite other disputes straining bilateral relations, including Turkey's purchase of the Russian S-400 missile defence system, as well as trials of local US consulate employees in Turkey on terrorism charges.

While fighting ISIS, the Kurds have taken advantage of the Syrian war to set up an autonomous region in the northeast.

But as the fight against ISIS winds down in the region, the prospect of a US military withdrawal has stoked Kurdish fears of a long-threatened Turkish attack.