Kremlin: Putin has no days-off 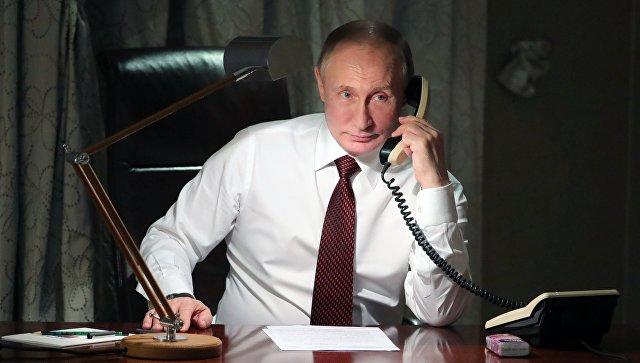 Russian Presidential Press Secretary Dmitry Peskov has revealed how his employer Vladimir Putin spends his free time, which usually includes physical activity and family visits. However, the Russian president’s busy schedule does not allow him to have normal weekends, the Kremlin’s spokesman says.

Axar.az reports citing foreign media that Dmitry Peskov, Russia’s Deputy Chief of Staff of the Presidential Administration, told Russian journalists that Vladimir Putin does not have full-fledged days off, as there are some issues that cannot be resolved without the Russian president or his signature even during the weekends. Peskov also added that even before signing some state documents, Putin often has to consult with the heads of Russian state departments, which impedes his leisure time.

"Therefore, he does not have a full-fledged weekend, but, in general, when he has the opportunity, he rests, does some sports. You know that he does it regularly. He also meets with relatives and friends", Peskov said, while responding to a reporter’s question about what the Russian president does during his free time.