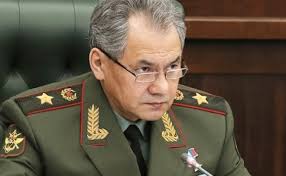 The United States’ belief in its own superiority could lead to various unreasonable ideas, posing a major threat to Russia and other states, Russian Defense Minister Sergei Shoigu said in his interview with Moskovsky Komsomolets published on Sunday.

"When you think - as the United States continues to believe so by inertia - that the balance of power has developed in your favor, various ideas may come to your head, including unreasonable ones. I consider this situation now as the main threat, and not only for Russia," Shoigu said.

Meanwhile, the recognition of your vulnerability and a wish to maintain balance and universal equal security "makes you turn your head on," the defense minister said, also stressing that the number of threats to Russia is not declining.

At the same time, Shoigu voiced hope that a full-scale war is not on the horizon.

The priority task now is to ensure information security, he stressed, noting that "at the current level of informatization and automation, there is a high probability of errors in the weapons control system.".