Why the Ministers didn`t discuss Peace Spring in Baku? 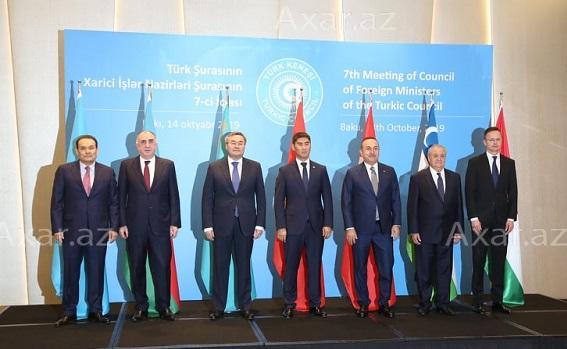 Azerbaijan has expressed its position regarding military operations conducted by Turkey in northeast Syria. At today's meeting of ministers, this issue was not the subject of discussion.

Axar.az reports this was stated by the Deputy Foreign Minister Ramiz Hasanov at a press conference after the 7th meeting of the Council of Foreign Ministers of the Turkic Council in Baku.

“As an Azerbaijani state, we have already expressed our attitude to this issue. I want to reiterate that this issue was not discussed at today's meeting. This issue may be discussed at the presidents' meeting tomorrow, ”Hasanov said.

The 7th meeting of the Council of Foreign Ministers of the Cooperation Council of Turkic Speaking States (Turkic Council) has started today in Baku. The foreign ministers of Azerbaijan, Turkey, Kazakhstan, Kyrgyzstan, Uzbekistan, and Hungary will attend the meeting.