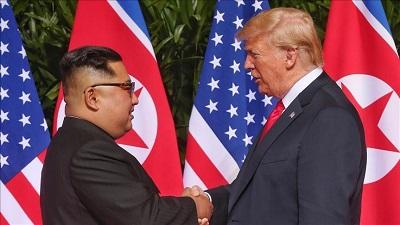 Moscow expects Washington and Pyongyang to resume the discussion of the denuclearization of the Korean Peninsula, Russian Deputy Foreign Minister Sergey Ryabkov said on Friday.

“We hope it will be possible to resume dialogue on resolving the nuclear issue of the Korean Peninsula,” he said at the Moscow Nonproliferation Conference. “Of course, in this regard, we hope, first and foremost, that Washington and Pyongyang will intensify cooperation.”

North Korea and the US held negotiations on the denuclearization of the Korean Peninsula in Sweden on October 5, but the meeting yielded no results.

The chief North Korean negotiator said the talks had failed, while the US Department of State described the consultations as “constructive”. The US representatives also accepted Sweden’s invitation to return to Stockholm to continue talks with North Korea.