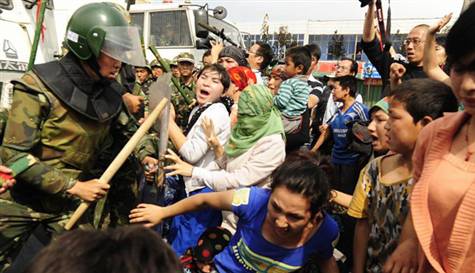 The secret documents of the Chinese government, which assimilate the Uighur Turks, have been deciphered.

According to the report, 403-page official documents exposing China's harsh policies against the Uighur Turks in Xinjiang-Uighur Autonomous Region have been published in the press.

The documents released by the New York Times show how the Chinese authorities deal with the security forces in the Xinjiang-Uighur Autonomous Region. At least 200 pages of documents contain instructions from Chinese President Xi Jinping and other Chinese officials to control the Uighur population in the region, as well as warnings about taking action to prevent the spread of Islam.

The documents also indicate that the official Beijing transposed Washington's policy of "combating terrorism" following the events of September 11, 2001.

“Do not show mercy”

The declassified documents state that Xi Jinping instructed the security agencies not to show mercy to the security forces, following the US policy of "fighting terrorism" after 9/11.

The papers were taken to Chinese educational schools opened by the Chinese government to answer questions about the close observation of Uighur youth returning home and their families. They are not guilty, but they are being treated for radicalism, ”he said.