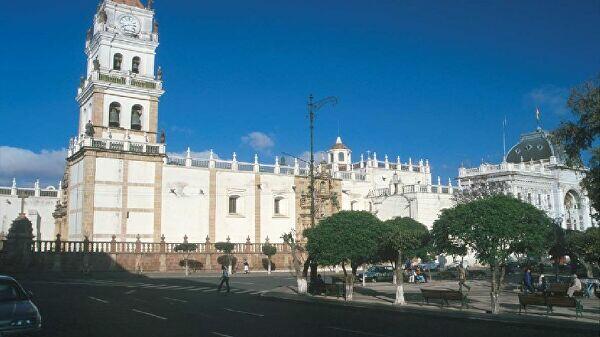 Acting Bolivian President Jeanine Anez on Sunday signed the law on the exceptional and transitory regime for the holding of general elections, adopted earlier by both chambers of the country's parliament, which nullifies the result of the October 2019 election and sets the procedure and the period for a new election.

"The law that we have just enacted is the law that we, Bolivians, want, and for which we have gone to the streets and roundabouts to peacefully express our decision to repudiate the way the previous government intended to manipulate the will of all of us", she said, as quoted by Bolivian Information Agency.
The law sets the maximum period for holding a new presidential election in Bolivia to be 140 days after the signing of the document by President Anez. The lawmakers took an extra 20 days to elect the leadership of the supreme electoral tribunal, which serves as the election commission.

A day earlier, the Bolivian lower house of parliament, the Chamber of Deputies, unanimously adopted amendments to the draft bill on holding general elections, setting a period of 120 days after the election of the leadership of the supreme electoral tribunal. The clarification to the bill, published by the country's Senate, the upper house, states that the bill prohibits the nomination of persons who had previously occupied the presidential post for two consecutive terms. Thus, it becomes legally impossible for Ex-President Evo Morales to participate in the upcoming elections.

The bill annuls the results of the general elections held on 20 October 2019.