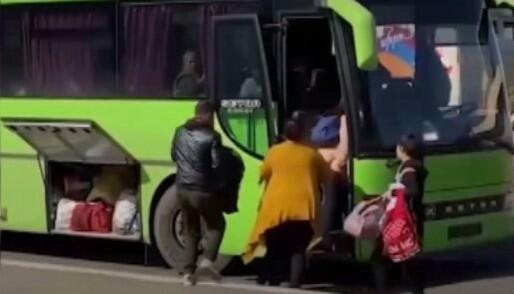 The demographic situation in the Syunik (Zangazur) region is changing for the worse.

Axar.az reports that over the past year, 1,300 Armenians have left Syunik.

The Jokhovurd newspaper writes that the population has been declining in all regions of Armenia over the past year.

"For example, 700 people decreased in Lori, 100 in Ararat and 400 in Chirac. The largest decline was recorded in Sünik: 1300. This does not bode well for the future," the newspaper said.

After the 44-day war, the state border illegally crossed by Armenia in the Syunik region is being restored. As a result of the demarcation of the border, the transfer of control of important arable lands and pastures to the region to Azerbaijan makes it even more difficult for Armenians to live there. The number of Armenians leaving Zangazur is expected to increase in the coming years.