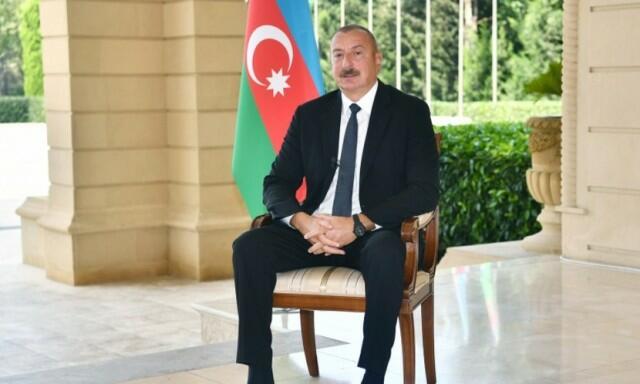 Axar.az reports that regardless of whether they are pro-government or opposition, most political scientists say that Ilham Aliyev's speech was based on the policy of "the best defence is an attack" and that he successfully continued it.

According to them, unlike the Prime Minister of Armenia, the main motive of the speech of the President of Azerbaijan was based on the destructive activities of Armenia in the region and justified the "military aggression of Azerbaijan."

Trying to characterize Ilham Aliyev as a "dictator", Armenian political scientists have acknowledged that in fact the speech of the "winner" of the President of Azerbaijan is in line with the changing political landscape of the world and strengthens the position of Baku. According to them, a year ago, Ilham Aliyev said that Armenia discriminated against more than 1 million Azerbaijanis, occupied their lands and did not implement UN Security Council resolutions. and then continues to form the notion that Armenia is destructive and aggressive.

This is the main concern of Armenian politicians: the President of Azerbaijan, who addressed the UN a year ago, completed the preparation of the political ground and liberated the lands from occupation. In his next speech, he may once again show the essence of Armenia to the world and start new pressures.