Armenia must abstain from any hostile actions 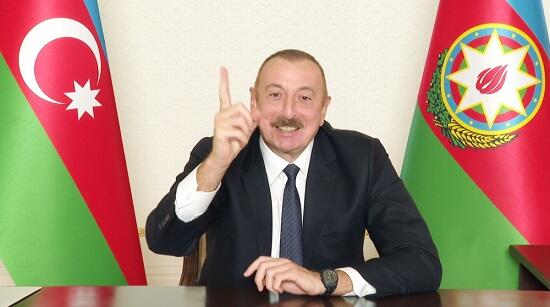 Armenia must abstain from any hostile actions and territorial claims and rather work on the peace agreement, President of Azerbaijan Ilham Aliyev said in an interview with El Pais.

Axar.az reports that, "in any case, we are neighbors, and none of us will move to another planet. We must learn to live side by side and gradually prepare the soil for normalizing ties, including contacts between people. We openly announced our readiness for that. But so far, there have been no positive signals," the head of state said.

President Aliyev said that, in his opinion, Armenia's defeat at war 'has created a sort of a psychological trauma in their society due to inflated expectations and unrealistic assessment of the military and political potential.'