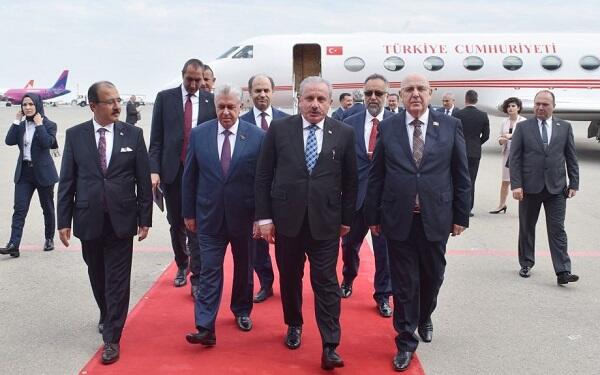 A delegation led by Speaker of the Turkish Grand National Assembly Mustafa Shantop has arrived in Baku to attend the Baku Conference of the Non-Aligned Movement Parliamentary Network.

Axar.az informs that the Heydar Aliyev International Airport, the Turkish parliamentary delegation was welcomed by Ahliman Amiraslanov, head of the parliamentary interparliamentary friendship group with Turkey, Turkish Ambassador to Azerbaijan Cahid Bagci and other officials.