Bayramov meets with his Finnish counterpart 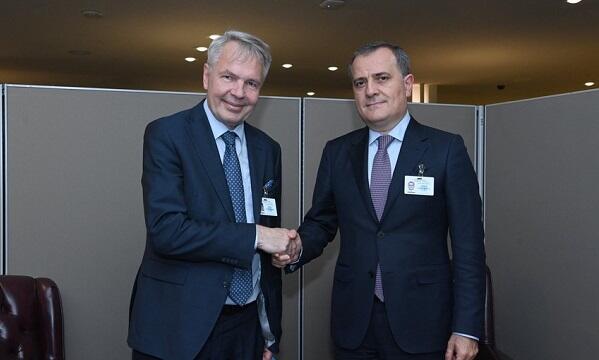 The Minister of Foreign Affairs of Azerbaijan, Jeyhun Bayramov, met with his Finnish counterpart, Pekka Haavisto, at the 77th UN General Assembly.

Axar.az reports that the ministers discussed bilateral relations between the two countries, as well as existing cooperation within international organizations, including the OSCE.

Finnish minister Pekka Haavisto expressed his concern about the tense situation in the region. Minister Bayramov gave detailed information to his counterpart about the series of provocations by Armenia in the region. The minister emphasized that it is necessary to continue the work towards normalizing relations between Azerbaijan and Armenia based on the norms and principles of international law.

The ministers also exchanged views on other regional and international issues of mutual interest.