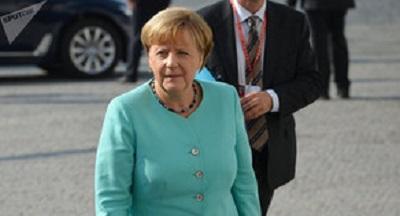 Axar.az reports citing foreign media that Angela Merkel has once again become the centre of attention after she was seen shaking while receiving Finnish Prime Minister Antti Rinne in Berlin.

#Angela #Merkel just can't stop shaking, she was seen shaking for 3rd time while receiving Finnish Prime Minister #Antti Rinne in Berlin. Maybe she should include a bottle of water in her diplomatic protocol next time. pic.twitter.com/NvO8g5ESXD