Turkish military bases are still key for the US 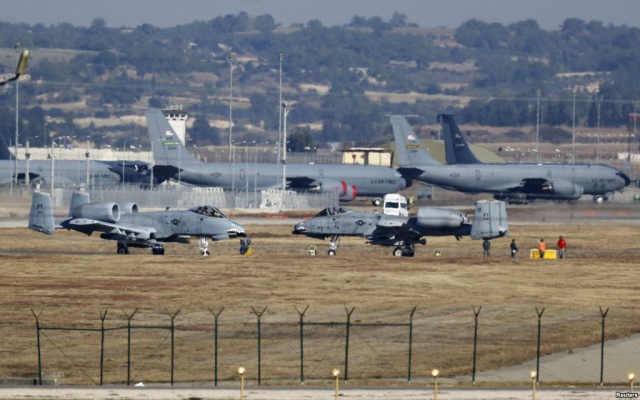 Though Turkey recently warned it could close bases to the US, the US will be hard-pressed to let them go, according to the analyst.

Despite the personal rapport often shared by their leaders, Turkey and the U.S. are currently at odds over a number of issues, but the U.S. interest in bases on Turkish soil endures, according to a foreign policy analyst.

The U.S. Congress is currently trying to pressure Turkey with sanctions over a number of recent choices it made, including purchasing a Russian S-400 missile defense system, launching its anti-terror Operation Peace Spring in northern Syria this October, rejecting congressional recognition of Armenian claims over the incidents of 1915, and blasting U.S. support for the YPG/PKK terror group in northern Syria.

In response to the U.S. moves, Turkey recently announced it "might" consider shutting down two key military bases located in southeastern Turkey that play an important role in NATO and the U.S. missions and operations in the Middle East.

Located in Turkey’s Adana province just 110 kilometers (68 miles) from the Syrian border, Incirlik Air Base has been a strategic element since its establishment in 1954 as it played major roles during the Cold War, 1990-1991 Gulf War, and U.S.-led Operation Inherent Resolve targeting Daesh/ISIS elements in Syria and Iraq.