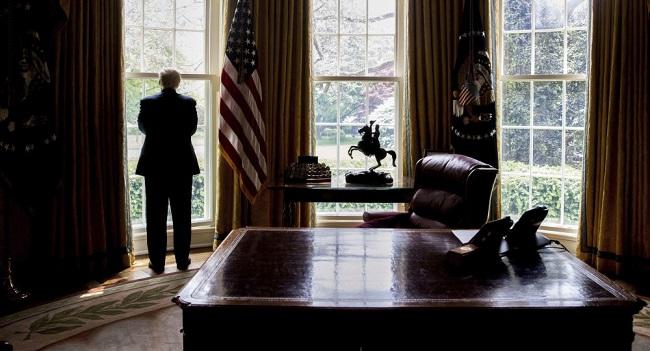 Earlier this year, the White House staffer blasted an undetermined leaker who told the media about US President Donald Trump’s notorious use of ‘executive time’. Oh, the irony.

Axar.az reports citing The Hill that Trump’s personal assistant, Madeleine Westerhout, was fired from the Trump administration on Thursday.

Her resignation happened almost immediately after Trump learned of Westerhout’s “off-the-record” talks with reporters during her vacation. After her talkativeness became apparent in the Oval Office, she was immediately labeled a “separated employee,” and denied access to return to the White House on Friday.

The assistant reportedly shared information about the Trump family and Oval Office matters during a dinner at a hotel near Trump’s New Jersey golf club.

Ironically, earlier in February, when the famous ‘executive time’ leak about Trump’s relaxed work schedule occurred, Westerhout minced no words condemning the leak as “a disgraceful breach of trust."

The leak revealed to the media that Trump’s schedule contained an overwhelming amount of what the White House chose to describe as ‘executive time’, which, following leaked revelations, appeared to mean doing very little to nothing. Others claimed the phrase could be applied to anything.