Astronauts would have been safe in the blast 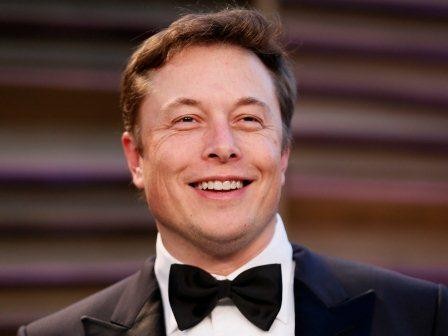 Had there been astronauts aboard the SpaceX rocket that exploded on Thursday, they would have been just fine, says CEO Elon Musk.

That's because the Dragon space capsule, which SpaceX plans to use for manned flights as soon as next year, has eight escape rockets built into its walls designed to lift astronauts out of harm's way if the Falcon rocket below it is destroyed.

The escape rocket system, which is designed to fire only in case of an emergency, was successfully tested it in May of last year. The Dragon capsule shot into the air, away from the launch pad, and splashed down in the ocean about a mile off shore during the test.

"Dragon would have been fine" Musk said on Twitter.

But this week the Falcon 9 rocket was launching a satellite into orbit, instead of sending astronauts into space in the Dragon space capsule. And a according to a video from USLaunchReport.com, the Amos-6 satellite that was on top the Falcon 9 rocket fell to the ground until about 9 seconds after the first fireball engulfed the Falcon.

That would have been enough time for the Dragon's escape rockets to lift the capsule to safety. The rockets can launch the capsule 100 meters away from the rocket in just two seconds, and a half-kilometer away within five seconds.

The Dragon would only be equipped with escape rockets in the event it is transporting astronauts. The capsule doesn't have them for ISS supply missions to the International Space Station, and neither do unmanned satellites.

But there are questions as to why the Amos-6 satellite was even attached to the Falcon 9 rocket during the engine test Thursday.

For instance, French satellite company Eutelsat requires SpaceX to conduct engine tests without its satellite attached, spokeswoman Vanessa O'Connor told CNNMoney on Friday. But while Eutelsat and Facebook (FB, Tech30) had together rented space on Amos-6, it was owned by an Israeli company, Spacecom. So Eutelsat's policy did not apply. Spacecom declined to comment on its engine test policy.

Other space experts say there are also risks to waiting until after an engine test to put a satellite in place on top of a rocket. And explosions during tests are rare enough that the satellites are often in place during such tests.

"There's nothing unusual about this [incident] other than that there was the explosion," said Marco Caceres, director of space studies at the Teal Group.

A spokesman for at least one satellite company that uses SpaceX, who spoke on condition his company not be identified, said it's reconsidering whether its payloads should be atop rockets during engine tests in the future, in light of Thursday's events.

SpaceX declined to comment on its practice of running engine tests with a satellite already attached.
In the same tweet in which Musk asserted that astronauts would be saved from Falcon's destruction on Thursday, he also denied that the blast that destroyed the rocket and the satellite was an explosion. Instead, he argued that it was a "fast fire." On Thursday, SpaceX referred to the even as an "anomaly."

But according to Dictionary.com an explosion is "a violent expansion or bursting with noise." That certainly describes the events at Cape Canaveral early Thursday.