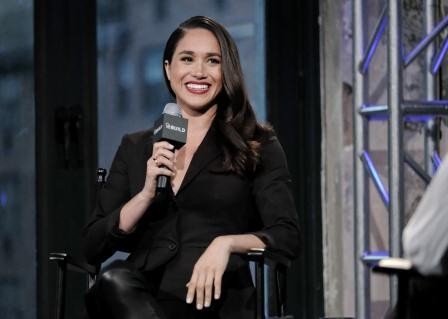 I'm sure you've all now heard of Prince Harry's new girlfriend Meghan Markle and care about it more than absolutely anything in the world, including politics, sport, and drinking. I bet you're on the edge of your seats waiting for that next bit of Meghan Markle news. Well, you're in luck guys.

The video, watched over 70,000 times on the adult site, shows Meghan engaging in a sex scene with co-star Patrick J Adams.

You have no idea how hard it was getting this downloaded. I also had to set up an account and I promise I didn't have one before.

In other news, Meghan's sister Samantha has gone in at her for being "narcissistic" and "social climbing" with a "soft spot for gingers". Perhaps Meghan's sister is just a tad jealous she's not having tea with the Queen?

She told the Sun: "Meghan is narcissistic and selfish. I think the Royal Family would be appalled."

Alright, Samantha. Chill out. Maybe Meghan doesn't live her life trying to please the Royal Family, you know what I mean?