Secret photos of MJ which have never been revealed - Photos 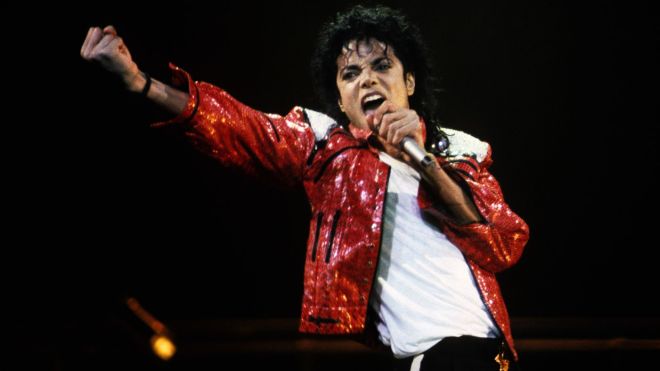 The exhibit was a fascinating look into the King of Pop’s personal treasures: from his iconic white-jeweled glove to a wonderland of 19th-century antiques and sculptures. One couldn’t help but notice the high volume of utterly bizarre works Michael Jackson had commissioned just for him: A life-sized statue of himself as Batman, a custom hand-painted Beverage-Air cooler, and a custom golf cart featuring an image of himself as Peter Pan painted onto the hood. However, what stood more than anything else was the exotic menagerie of oil paintings and murals of the pop star. Over many years Jackson paid dozens of artists to immortalize himself and his fairy-tale worldviews on canvas in scenes that depicted him as a figure of modern-day royalty in mythical tableaux. Where did Michael Jackson find the artists to help him amass such an insane collection of vanity? Why did somebody who was never satisfied with his looks spend millions of dollars to have his portrait painted?

Summer 2003, Leon Jones, a self-taught artist from Buena Park was airbrushing portraits of celebrities such as Lucille Ball, Jennifer Lopez, and Tupac Shakur on the sidewalk outside Café Tu Tu Tango at Universal Citywalk. A strange gentleman approached and asked if he was available to do some work for “his boss.” Jones was skeptical but agreed to meet the man at a gas station in Santa Barbara two days later after being persuaded by $500 in cash. Leon Jones and his nephew then followed the man through Los Olivos, CA, and were amazed when their final destination was revealed: Michael Jackson’s extremely secluded Neverland Ranch. Jones was then commissioned by Jackson to paint two, 15-feet-high murals at the Neverland train depot which took him several months to complete. One of the murals depicted Jackson in knight’s armor donning angel wings and the other showed Jackson surrounded by winged children pointing toward the heavens. “It was unreal, like you were on a different planet,” Jones said of his experience.

47-year-old American painter David Nordahl randomly received a phone call from Michael Jackson at his home in Santa Fe late one evening in early 1988. He thought it was a prank at first, but Jackson convinced the artist it was really him after describing a painting of Nordahl’s he had just seen in Steven Spielberg’s office earlier that day. After their initial hour-long conversation, Jackson invited him to the Denver stop of the Bad tour in March 1988 and soon after a partnership was formed: Nordahl left the commercial art world to become Jackson’s personal portraitist. Over the next seventeen years this creative collaboration resulted in thousands of drawings and roughly a dozen large-scale commissions. Jackson spent millions of dollars paying artists like Nordahl to transform his surreal and mythological ideas into fantasy art.

Jackson paid up to $150,000 for the larger pieces and began referring to David Nordahl as his “favorite living artist” (Michelangelo being his favorite artist historically). Nordahl became a close friend, trusted adviser, and confidant who helped design Neverland Ranch carnival rides and joined Jackson for family trips to Disneyland. In 2004, Jackson and his children paid Nordahl a surprise visit on memorial day weekend, dropping by his Santa Fe home on their plush private bus. Jackson suggested a movie outing. “I thought we were going to a screening room,” Nordahl says. “His driver pulled into DeVargas Mall. He was friends with Roland Emmerich (the director of The Day After Tomorrow), and it was opening weekend. The mall was jammed, and there was no place to park. I took the kids, got the tickets and popcorn, and we went in. Michael came in after the lights went down. The lights came up, and nobody noticed him. He had on a baseball cap and these Chinese silk pajamas.”

Portsmouth-based portrait artist Ralph Wolfe Cowan painted Michael Jackson four times around 1993. The pop star bought the first portrait and then commissioned and paid for three more shortly after that. Cowan’s first abstract portrait depicted Jackson wearing a suit of armor, holding a sword with a parrot perched on top of it. Bubbles, Jackson’s pet monkey, was portrayed sitting loyally at his feet. After the first image of the portrait was sent to Jackson’s staff Cowan received back a strange, long-relayed message. “When I painted it, I had these dogs down in the bottom somewhere. German shepherds. Michael Jackson called up his curator, who called the guy at the gallery, who called my business manager Steve (Mohler), and Steve told me Michael didn’t want the dogs in there,” Cowan recounted. Extremely confused, Cowan insisted he hears from Jackson himself. Soon after, Cowan got a call. “Hello, this is Michael. I don’t like dogs,” he said in a soft, gentle voice. “I like monkeys.” Jackson paid about $30,000 for the 8-foot-tall painting, sans the dogs, which he hung in a living room beside his piano and can be seen in the background of Jackson’s well-known 1993 televised living room interview with Oprah Winfrey. Eventually, their working relationship deteriorated. Cowan explained how painting for Michael Jackson was really like working for a king. “He lived in a fantasy world and if he didn’t like something, you felt as if he could behead you. But the way he does it is by not calling you again. And somewhere along the line he stopped calling me and I thought I had been beheaded.”

Michael’s struggle with his image has been well documented since his childhood where he’d hide his face in the dark and refused to look in the mirror. “This wasn’t just typical teenage self-consciousness: it became a full blown inferiority complex,” brother Jermaine Jackson said in an interview. “The more he looked at himself, the unhappier he felt. In fact, he was painfully brittle during conversations with anyone, always looking down to avoid eye contact. His comfort zone, as always, was the stage.” Nate Giorgio, another portrait artist of Jackson’s for over 25 years explains, “This is one of the reasons he commissioned paintings. These paintings represented the image he wanted to project for the fans, as much as for himself. Many of the portraits pose Michael as a figure of modern-day royalty, adorned in opulent garb and paired with backdrops that befit the aesthetic environment of French monarchs from centuries ago. As with many of his aesthetic decisions, Jackson was way ahead of the game. His commissioned portraits, you might say, were prophetic; they imagined a world of opulence and historical pride that seemed grotesque or exaggerated at the time, but in light of today’s resurgent interest in the deceased pop star might be all too accurate.”