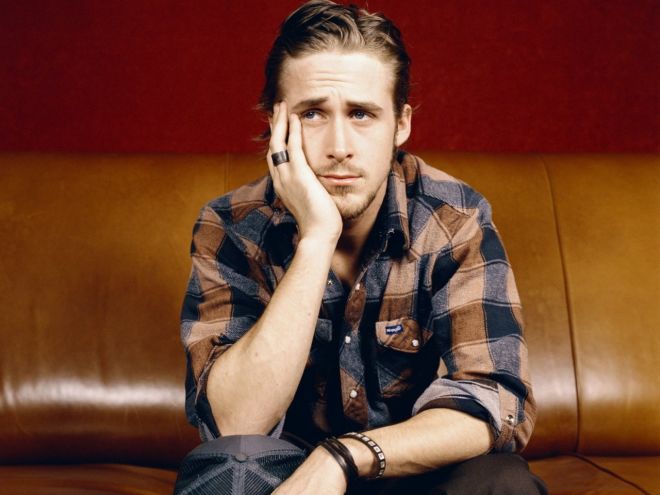 Ryan Gosling met his hero – and walked away getting clocked on the head.

The actor tells GQ magazine in its January issue that while filming a fight scene for the upcoming Blade Runner sequel, Blade Runner 2049, Harrison Ford accidentally punched him in the face.

“We were just doing a fight scene and, you know, it just happened,” explains Gosling. “But what was funny was, when it was over, they brought ice for my face, and Harrison pushed me out of the way and stuck his fist in the ice.”

Blade Runner 2049 is a follow-up to the 1982 sci-fi classic, with Ford reprising his role as Rick Deckard. The movie has been filming in Hungary.

The Golden Globe-nominated La La Land star says that Ford apologized for the incident – in his own way.

“He came by afterward with this bottle of scotch, and I thought, ‘Oh, I knew this was coming,’ ” Gosling shares. “And he pulled out a glass from his pocket, poured me a glass, and walked away with the rest of the bottle. So I guess he felt like he didn’t connect enough to earn a whole bottle.”

The film’s director, Denis Villeneuve, helped Gosling see the bright side, however: “[Villeneuve] came up to me and said, ‘Look at it this way – you just got hit by Indiana Jones.’ ”

Adds Gosling, “You know, they say don’t meet your heroes, but I would say the addendum to that is ‘…unless they’re Harrison Ford.’ ‘Cause he’s a cool m———–.”

Gosling also opens up to GQ about life as a father – he shares daughters Amada Lee, 7 months, and Esmeralda, 2, with Eva Mendes. The whole family was on hand while Gosling filmed abroad, he explains.

“It’s nice to share that,” he says. “Especially with my oldest. All these sets have been made, and there’s incredible craftsmen involved, all of the seamstresses making all these costumes, and the love and attention that’s going into every detail – I really wanted her to see that.”

“In my situation, Eva’s the dream mother, and they’re dream babies, and it’s like a dream that I’m having right now,” he says. “I’m dreaming it all. So I feel so lucky.”

The January issue of GQ hits newsstands in New York and Los Angeles on Dec. 13.