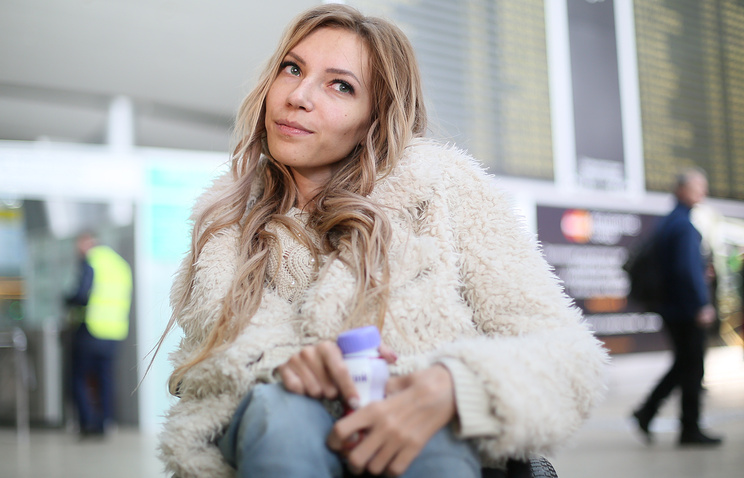 Ukraine’s Security Service (SBU) has not yet made a decision on banning singer Yulia Samoilova, chosen to represent Russia at the Eurovision Song Contest in Kiev, from entering the country, SBU head Vasily Gritsak said on Friday.

Axar.az reports that, "As of now, we have not made a decision on banning the Russian singer from entering Ukraine. We still have time before May," he said.

Gritsak added that "the SBU continues its probe concerning the possibility to ban the singer from entering Ukraine because of her illicit visit to Crimea" while he personally supported the ban. The SBU head also said that choosing Samoilova to represent Russia at the contest was "a deliberate provocation." "They did it to see what our response would be like. The SBU will definitely respond," he said. At the same time, Gritsak called upon the contest organizers and the Ukrainian Culture Ministry to show response.

Meanwhile, the contest’s Executive Supervisor Jon Ola Sand said that the European Broadcasting Union had no objection against Yulia Samoilova’s participation in the 2017 Eurovision Song Contest.

The SBU said earlier that Samoilova performed at a festival dubbed "A World of Sports and Kindness" held in Crimea on June 27, 2015. The SBU added that the singer had violated the Ukrainian government’s regulation dated June 4, 2015, which stipulates that foreign citizens should receive a special permission in order to enter Crimea. Ukrainian Foreign Minister Pavel Klimkin said that choosing Samoilova to represent Russia at the contest was a provocation.