Eros Ramazzotti to give concert in Baku 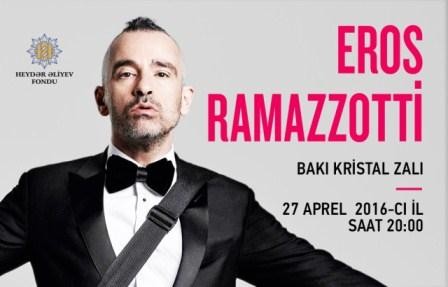 Italian musician and singer-songwriter Eros Ramazzotti will give a concert at Baku Crystal Hall on April 27.

To be organized in partnership with the Heydar Aliyev Foundation, the concert will be part of his Rerfetto world tour.

Ramazzotti is popular in Italy and most European countries, and throughout the Spanish-speaking world, as he has released most of his albums in both Italian and Spanish.