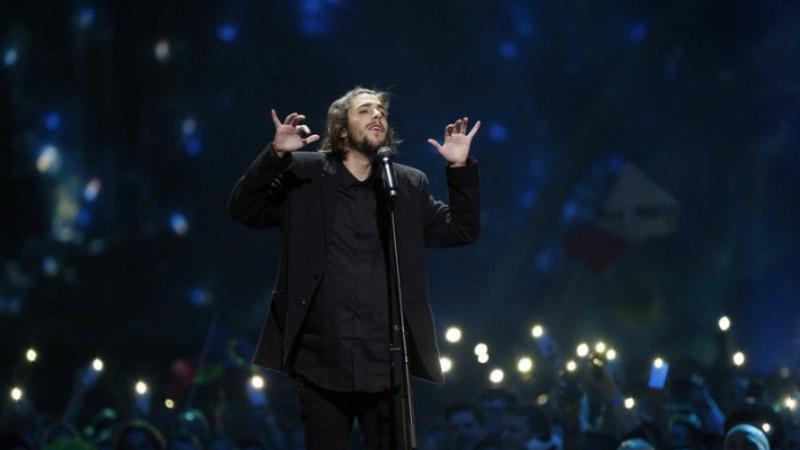 Salvador Sobral from Portugal has won the 2017 Eurovision Song Contest with the song 'Amar Pelos Dois'.

Axar.az reports citing to Eurovision.tv that thousands enjoyed three spectacular live shows at Kyiv's International Exhibition Centre this week, with an expected 200 million viewers tuning in on television. On YouTube, the Grand Final was watched by some 4 million people, breaking records.
It was the second time Ukraine hosted the contest, the first time was in 2005, also in Kyiv.

What an evening it has been!! 26 terrific acts sang their hearts out on stage, competing for the ultimate prize; the title of winner of the 2017 Eurovision Song Contest. However, in the end there could be just one winner and that was Portugal's Salvador Sobral.

Many fans at the venue were brought to tears as Salvador was joined on stage by his sister Luísa, who also wrote and composed Amar Pelos Dois, when performing the reprise of their winning song. Luísa covered for her brother during many of the rehearsals, as Salvador himself could not be present in Kyiv for the full two weeks due to health issues.