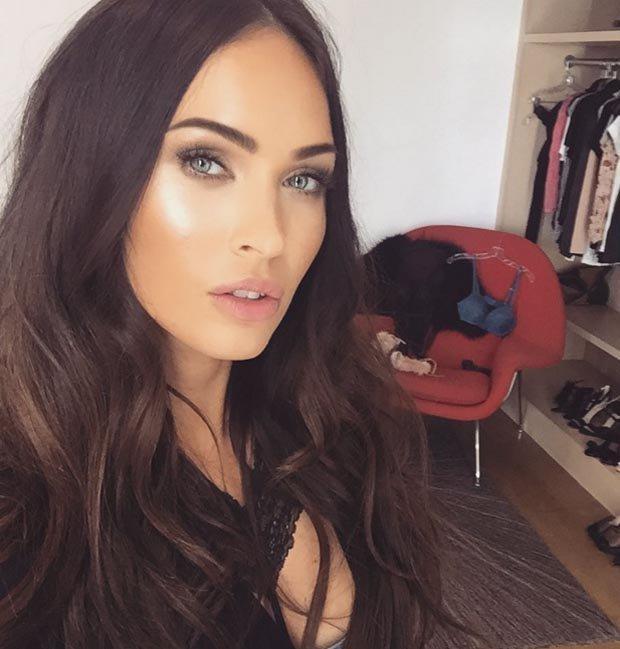 The Transformers actress has been driving fans wild with her smoldering campaigns for Frederick's Hollywood — the lingerie house she co-owns.

Axar.az reports citing Dailystar that, Megan Fox's latest shots may just be her sexiest to date, as the starlet has bared all in not one, but two barely-there ensembles.

In her first sizzling display, the 31-year-old rocked a boob-spilling black velvet bracelet and a matching thong.

Amping up the sex appeal once more, she added stockings and suspenders to the Fifty Shades-inspired look.

Lying down on a white rug, the mum-of-three arched her back as she stared into the distance.

With her cleavage spilling out over the side of her lingerie, the bombshell left very little to the imagination.

Showing off her wild side, the New Girl starlet offered a glimpse of the quote tattooed on her left side.

As fans of the raven-haired vixen will know all too well, the inking reads: "There once was a little girl who never knew love until a boy broke her heart."

Allowing her curves to do the talking, Megan kept the rest of her look simple, rocking nude-toned makeup for her turn in the spotlight.

Switching up her attire, she then modeled a skintight red bodice paired with silky stockings.

Thanks to the cut-out design of the ensemble, the big screen siren served major breast appeal.

No doubt aware of her sex symbol status, the body confident babe ran her fingers through her hair as she offered a steely stare.

Responding to the look on Megan Fox's Instagram, one admirer gushed: "You are so very, very beautiful," alongside a red heart emoji.