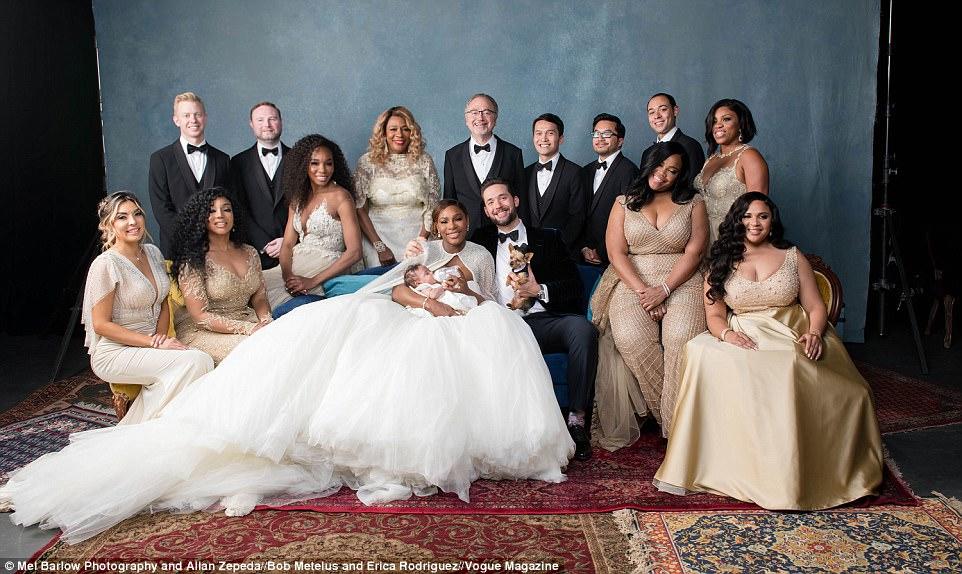 Serena Williams' stunning wedding dress has finally been revealed in a series of photos taken during and after her Thursday-night ceremony with Reddit founder Alexis Ohanian.

Williams then swapped that for a shorter, though no less beautiful, Versace number for the first dance, which saw the newlywed couple dancing to 'Tale As Old As Time' - a tune in line with the wedding's theme, Disney's Beauty and the Beast.

And on Friday, the tennis star showcased the stamina that's made her a 23-time Grand Slam Champ, partying for a second day straight.

Serena's wedding to Ohanian took place at the Contemporary Arts Center of New Orleans, with the pair surrounded by a bevy of friends, families and A-listers for the Beauty and the Beast-themed bash.

'Alexis really wanted to do New Orleans' Serena told Vogue in an exclusive interview. 'It's his favorite city besides Brooklyn. It's got a heavy European influence; it's fun and has amazing food. He just loves the vibe.'

She added that the decision to hold it at the Arts Center was 'a decision we both made. Painting and art is something I'm really passionate about, so it just felt natural and different to do it at a contemporary art museum.'

As well as the couple's two-month-old daughter, Alexis Olympia Ohanian Jr, and Venus Williams - who wore a custom Galia Lahav bridesmaid's dress - was a who's who of the biggest names in American pop culture.