Singer blasts UCLA after award is offered then withdrawn 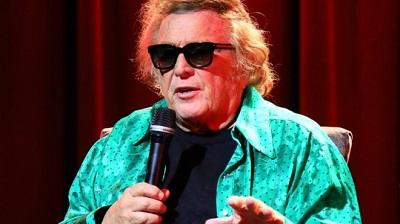 Singer Don McLean has criticised a US university after a lifetime achievement award was rescinded because of his 2016 arrest for domestic abuse.

The American Pie star was due to be presented with the George and Ira Gershwin Award by the UCLA Student Alumni Association.

But it withdrew the honour, saying it "rejects any behaviour - including violence and the threat of violence".

McLean responded: "This has been all over the internet for three years."

Although he denied physically assaulting now-ex-wife Patrisha McLean, the singer pleaded guilty to domestic violence assault in 2016 as part of a plea agreement after police were called to a disturbance at his home.

The charges were dismissed in 2017 under the terms of the deal, which included staying out of trouble for a year.

Since their divorce, Mrs McLean - who alleges a pattern of abuse going back three decades - has become an advocate speaking against domestic abuse.

"You... took [the award] back because you found out about my squabble with my ex wife," McLean wrote. "This has been all over the internet for three years. Are you people morons? This is settled law."

The decision to present the award to McLean was announced last week. The prize was created in 1988 in recognition of songwriting brothers George and Ira Gershwin, whose songs include I Got Rhythm and Summertime, and their financial contributions to UCLA.

Previous recipients include Linkin Park, The Who, Alanis Morissette and Dame Julie Andrews.

In a statement reported by the Portland Press Herald, the Student Alumni Association said: "We extend our support to survivors of domestic violence."

McLean's publicist Jeremy Westby responded with a statement saying it was "publicly disrespectful and grossly humiliating to Mr McLean to issue and then rescind an award based on the supposition of any violent criminal history".