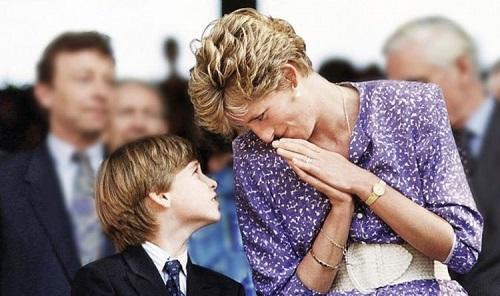 The 36-year-old, who announced a new men's health campaign in partnership with the British Football Association this week, has earlier criticised football clubs for treating players like "financial assets" and failing to support their mental health.

Prince William, the Duke of Cambridge, has opened up on the feeling of bereavement and recalled how his personal tragedy resonated with other people.

He said the pain of losing his mother, Princess Diana, who died in a car crash in 1997 when he was 15, felt like "no other pain", but that it had helped him relate with people who have experienced a similar grief.

"You know that in your life it's going to be very difficult to come across something that's going to be an even worse pain than that," he said, adding that "it also brings you so close to all those other people out there who have been bereaved".

"They want to talk about it, but they want you to go first, they want to have your permission that in that particular conversation — one on one — it's OK to talk."

Prince William opined that men are the "hardest-to-reach" audience when it comes to the subject of mental health.

"Suicide is the biggest killer of young men under the age of 45, and that's an appalling statistic," he said. "There needs to be a turning point where we can pass the message onto men everywhere that it's okay to talk about mental health. We have to normalise the whole conversation."

His Royal Highness made the comments in A Royal Team Talk: Tackling Mental Health, a BBC documentary about the importance of mental fitness, in which he was accompanied by some big names from Britain's football world, including England manager Gareth Southgate, Thierry Henry, Danny Rose, Peter Crouch and Jermaine Jenas.

Tottenham defender Danny Rose, who recently found himself the target of racial abuse while playing for England in Montenegro, said an unnamed club interested in signing him last summer wanted to check if he wasn't "crazy" in the wake of his struggles with depression.

"I was embarrassed, as whatever I've been through I like to think it doesn't affect me doing my job," he revealed, adding that he was "angry" and "embarrassed" over the assumption that he might be crazy.

Thierry Henry, for his part, recounted how his infamous handball that set up France's goal against the Republic of Ireland in the World Cup qualifier play-off in 2009 caused him mental issues that proved damaging both for him and his family.

"There's something, a reaction I had, that I didn't even think about," he said, maintaining that he'd handled the ball reflexively.

"For the first time it happened to me, being the 'bad guy' in brackets," Henry explained. "So my family started to be hurt. That's when I'm vulnerable. For the first time I'm like, well this is out of my hands."

"It's so hard when you can see that your people are hurt. There is nothing you can do about it, because I didn't plan that," he added. "Nobody offered any support. You are alone in this type of moment. Nobody phones you, nobody says ‘how are you?'"

The documentary, which will premiere on Sunday, 19 May, is part of a broader Mental Health season announced by the BBC last month, which is set to feature content across network and regional television, including national and local platforms.

On Wednesday, Prince William unveiled a men's mental health campaign called Heads Up. It will be held in a partnership between the Football Association, of which the prince is president, and his mental health initiative Heads Together.

Heads Up will kick off at the Football Association Community Shield in August and will run throughout the season until the FA Cup Final in May 2020. According to its website, the campaign aims to "tackle the stigma" of mental health and will be visible through the men's and women's England teams, FA competitions, and grassroots activities.

"Some of these clubs don't do anything about mental health," he told mental health staff at the Irish Football Association in Belfast. "They pick a player up, he plays football, ‘no good', move on."

"So just to have them as a complete financial asset is pretty…it's a dereliction of duty I think — having these players not given the key building blocks or support."