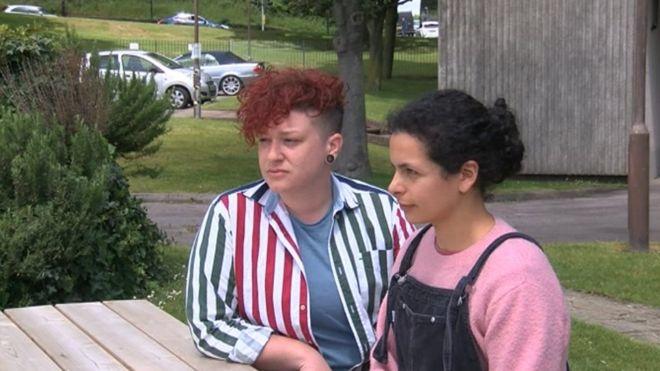 Two actors were attacked on their way to a theatre performance in what was described as a "cowardly homophobic hate crime".

Lucy Jane Parkinson and Rebecca Banatvala were starring in Rotterdam, which tells the story of a young gay woman, at Southampton's NST Campus.

The theatre company said they were left "hugely shaken" after an object was thrown at them on Saturday afternoon.

Hampshire police said it had received a report of homophobic abuse.

The final two performances of the Olivier Award-winning play by Jon Brittain were cancelled as a result.

The London-based couple said they were walking to the theatre for the matinee performance on Saturday when Ms Parkinson was hit by an object - possibly "stones", according to police - apparently thrown from a passing car.

Ms Parkinson said as she kissed her partner, fellow actor Ms Banatvala, she was struck and knocked to the ground, leaving her with slight injuries.

She said they heard "young boys laughing" as the car drove off.

Ms Parkinson said: "We're just two people looking for happiness like everybody else.