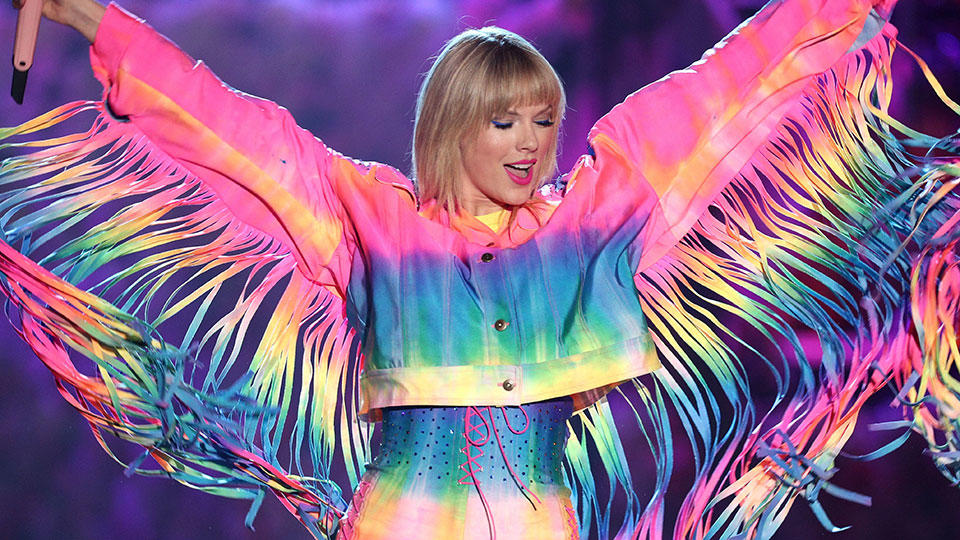 Going into the American Music Awards, Taylor Swift became embroiled in a feud with her former record label over whether she had the right to play her old hits.

In the end, she did get to perform songs like Blank Space and Love Story, while making a subtle nod to the spat.

The star took to the stage in a prison-style white shirt, stencilled with the names of the six albums her old label owns, and sang The Man - a song about women's struggle to be taken seriously in the music industry.

But the moment passed quickly; and Swift shed the outfit to reveal a more characteristic gold sequinned one-piece outfit, before launching into a 13-minute medley of her biggest songs.